When a female child is born, her ovaries already contain all of the egg cells she will ever have. A million tiny pieces of potential, waiting in the dark. Of course, not all of these cells will become children; by adolescence, only 300,000 or so remain. Should one of those 300,000 encounter a sperm cell, it might become fertilized. This fertilized egg might implant in the lining of the uterus -- or it might not. If it implants, then pregnancy has begun. There is a significant chance -- probably somewhere north of 25% - that the embryo might spontaneously miscarry before the woman even knows she's pregnant. After four weeks gestation (six weeks since the last menstrual period, or LMP), there is an 8% risk of miscarriage, which drops to 2% after 6.5 weeks gestation (8.5 weeks LMP).

I recite these facts because in the maelstrom of controversy over abortion, it is surprisingly easy to forget about pregnancy. Specifically, about how it happens, and, in the miraculously paradoxical way of nature, how simultaneously common and fragile it is. Paganism, as a collection of spiritual traditions that honor the divine feminine -- the Goddess who shelters growing life within her womb and brings it forth in the form of creation -- cannot ignore the realities of the women who embody that process. Babies are not created in the abstract, but grown from the flesh and blood of their mothers, and that process of growing is exhausting, all-consuming, and sometimes dangerous for the pregnant woman. In ideal circumstances, pregnancy should be a sacred, joyful time, but the reality is that even when a pregnancy is wanted, many women endure rather than enjoy the forty weeks of gestation. To force a woman to carry a pregnancy that she does not want is akin to physical enslavement, and pagan traditions, with their shared belief in freedom, cannot condone slavery.

Even people who believe strongly in freedom, however, may stumble over the question of which takes precedence, women's bodily sovereignty or the life (or potential for life) of a fetus. Thus the argument over abortion often hinges on the question of when life begins. Pagans have no text or authority that points to a particular moment of cell development and says, "Here is the crucial moment, the beginning of life." Most, however, believe in some version of reincarnation. The soul may be understood as a constant, which cannot be denied life by the termination of pregnancy but rather might be sent back into karmic circulation, to wait for its right time to be born. This concept is shared by -- and perhaps partially derived from -- Japanese Buddhism. The Japanese word mizuko is usually translated into English as "water child," and refers to a miscarried or aborted fetus. In her 2002 article, "Mourning My Miscarriage," Peggy Orenstein explains the Buddhist concept of the mizuko as "somewhere along the continuum, in that liminal space between life and death but belonging to neither . . . existence flow[s] into a being slowly, like liquid." She describes a Japanese Buddhist ritual specifically designated for the mourning of aborted or miscarried pregnancies, called the mizuko kuyo, which acknowledges the sadness of sending a soul back to wait its turn without shaming or placing guilt on the woman who felt it necessary to do so. According to Orenstein, abortion in Japanese culture is "a regrettable necessity" - an eloquent phrasing of a hard truth.

The circle, both literal and metaphorical, figures strongly in many pagan traditions. We gather and perform rituals in circles; we honor the seasons as they pass one into another, calling this the Wheel of the Year. Life is understood as a series of cycles: life and death are one, reproduction another, and the two are inextricably bound. In pre-modern times, many women spent much of their adult lives pregnant, their bellies swelling and flattening like the moon. The rate of infant mortality was generally high, the birth of a child no certain promise of a future adult. Women commonly died in childbirth or soon after. Death walked alongside us, an intimate companion. The fact was and remains that pregnancy often results in the birth of a child, but not always. It may result in miscarriage, in stillbirth, or in abortion. These events must be acknowledged and honored, perhaps with some sadness, but never with shame. They, too, are part of the cycle. They are not the end.

DISCUSS this article in our forums! 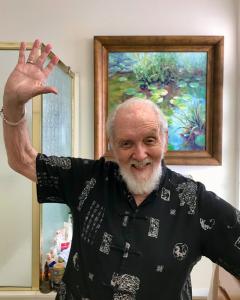 The Fat Man and the Ox
James Ford
3 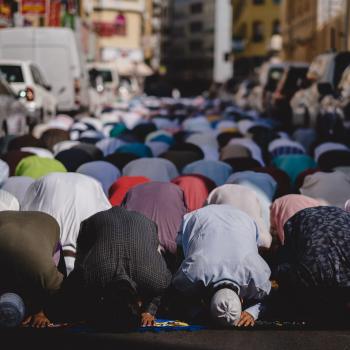 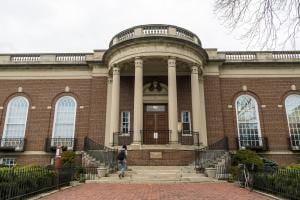 Things Keeping Us Going for February 8
Kristen Allen
Get Patheos Newsletters
Get the latest from Patheos by signing up for our newsletters. Try our 3 most popular, or select from our huge collection of unique and thought-provoking newsletters.
From time to time you will also receive Special Offers from our partners that help us make this content free for you. You can opt out of these offers at any time.
see our full list of newsletters
Editor's picks See all columnists