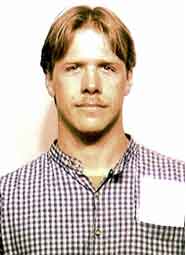 The arrest of Daniel Patrick Boyd -- on charges that he plotted to support Palestinians by attacking Israel -- has renewed a debate among some American Muslims: If Muslims overseas are oppressed by people of other faiths, what religious responsibility do American Muslims have to assist those Muslims?

Many American Muslims believe that this verse is applicable to Israel's treatment of the Palestinians (and to other situations in various parts of the world). Boyd's apparent willingness to fight the Israelis has won him quiet sympathy from many American Muslims.

However, some other American Muslims argue that there are geographical limitations to the above-mentioned verse. They argue that the responsibility to fight oppression is local; in other words, Palestinians should stand up against Israeli soldiers and settlers, but American Muslims have no religious obligation to help the Palestinians. (This "geographical limitation" did not come up during the life of Prophet Muhammad, because all Muslims lived in one geographic region at that time.)

The religious analysis is further complicated by the fact that the U.S. government provides Israel with weapons to take on the Palestinians. Does that sufficiently "localize" the conflict to religiously justify the involvement of American Muslims on the side of Palestinians against Israeli soldiers and settlers?

Taking it one step further, does American involvement on the side of Israel justify attacks by American Muslims on American targets? That's Al Qaeda's argument, but it's not clear if Daniel Patrick Boyd reached that conclusion. There are conflicting reports on that in the press. According to The New York Times, "Federal officials in Washington said that the men charged on Monday were not seen as serious terrorist threats to the United States or American interests abroad, and that there were no indications of ties to Al Qaeda or other militant groups." Later, however, The New York Times reported, "Prosecutors identified Mr. Boyd as the man on the tape making remarks like, ‘We should take them out right now, they are over there killing our brothers,' apparently in reference to the American military, and saying that jihad was the only defense his group had ‘for getting our wealth back and stopping the rape of Muslim women.'"

It's also religiously significant that American law prohibits Americans from attacking Israel. Many American Muslims believe they have a religious obligation to follow the laws of the country where they live. Many American Muslims believe that Prophet Muhammad said, "It is necessary upon a Muslim to listen to and obey the ruler, as long as one is not ordered to carry out a sin. If he is commanded to commit a sin, then there is no adherence and obedience." That takes us back to the above-mentioned verse from the Recitation; if an American Muslim is commanded to not help Muslims who are oppressed, is he "commanded to commit a sin"?

Regardless of how they resolve these religious issues, the fear of prosecution leads most American Muslims to sit on the sidelines, and Boyd's arrest will reinforce that fear.

That tribalism hurts the credibility of American Muslims when they complain about human rights violations by people of other faiths.

This article was first published in Muslims for a Safe America and is reprinted with permission.