The Biblical Activist: An Interview with Wendy Wright 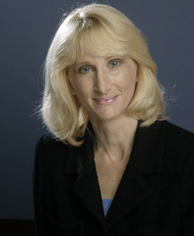 Wendy Wright is president of Concerned Women for America, the largest public policy women's organization in the country. The group's main goal is to bring biblical principles to the legislative decision-making process through "prayer, education and action." One of the core issues for CWA and Wright, a conservative evangelical Christian, is promoting "the sanctity of life" (or opposing abortion).

What are your views on abortion?

Wendy Wright: Very simply, abortion kills a child. It harms women, it denies men the ability to protect their child, it strips siblings of their brother or sister. Overall, it's quite damaging to people. And, of course, God is the one who creates each one of us and abortion is a violation of the command not to murder another.

You mentioned God. Could you tell me more about the religious beliefs that inform your position on abortion?

The Bible is quite clear that God created us, that he formed us in the womb and decided the purpose for our lives before we were born. The first person that recognized the messiah was an unborn child--John the Baptist, in his mother Elizabeth's womb, jumped when Mary came. So it's quite clear in the Bible that unborn children are human beings and that God treats them the same as other human beings, as those who are already born.

How do these views influence your political activism and your work with Concerned Women for America?

We work to make the laws conform with morality, to bring biblical principles into public policy. In a practical manner, we work not only on legislation but also on cultural issues. We have national office in Washington, D.C., we have state chapters, we have prayer action chapters--about 600 of those. Today, for example, they will pray about legislation and then they'll contact their congressmen about the legislation. The state chapters deal with state legislative issues and our national office deals with Congress, the White House, and we also work on the international level. We'll meet with congressmen and their staff to try to promote legislation that respects the sanctity of human life.

Would you like to see Roe v. Wade overturned?

Roe v. Wade is really only one aspect of it. Abortion has been simplified as if Roe v. Wade is the only issue. Most people don't even know what Roe v. Wade said or did; they're not aware of how extreme it is. So in a simplified manner, yes, we don't want the law that says abortion can occur throughout all nine months. So, yes, Roe v. Wade is immoral. It is unconstitutional. It should be overturned, but that's not the only goal. If Roe is overturned, it will just throw the issue back to all 50 states, so then each state is going to decide whether or not it is going to protect unborn children. So overturning Roe will multiply our need to be involved because we'll each have to be involved in our own states.

What type of legislation would you like to see passed?

There have already been a number of pieces of legislation that deal with how citizens should be involved with protecting unborn children. For example, there are bans on taxpayer funding of abortion that have to be renewed every year. There are conscience regulations that protect the right of healthcare providers to not be forced to do abortions. There are also policies regarding taxpayer funding of international abortion groups.

We also work on issues of funding of stem cell research, which again means that our tax dollars are used to insight the killing of unborn children, of embryos. We've worked regarding cloning to pass state, federal and international policies that would ban cloning. There are a number of ways that our legislation can reflect the sanctity of human life or deny the sanctity of human life. That's why Roe v. Wade is not the only issue.

During his commencement speech at Notre Dame, President Obama stated that the two sides of the abortion debate were irreconcilable. Do you envision any way of achieving common ground between the two perspectives?

There have been several efforts in the past to try to find common ground and they've not worked. I think Obama knows that because in his Notre Dame speech he talked about how both sides were irreconcilable. Either it's okay to kill an innocent human being or it's not okay to kill an innocent human being. That's the two sides. And as God said, and is noted in Deuteronomy, we have set before us two choices: life or death. Choose you this day which side you will be on. And Obama has squarely placed himself on the side of death. In a way that I think most Americans would be absolutely shocked. They're still not aware of how extreme Barack Obama is when it comes to the killing of unborn children. He's got an effort now to find so-called common ground. But every action that he has taken so far--as an Illinois Senator, as a U.S. Senator and as president--has been to completely deny one class of human beings any respect or rights.