When God Takes What He Gave 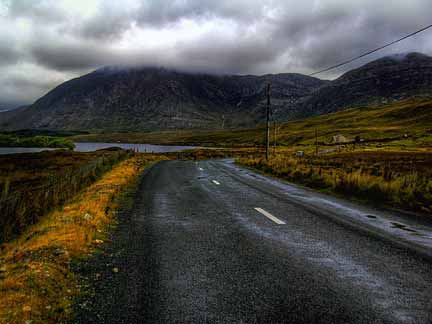 On occasions too numerous to count, it seems that I have gone one way suspecting the Lord was heading in the same direction only to discover the heart-breaking reality that God is going a different way.

Like others, we Christians seek to confirm our worldview in our experiences. I do. I am constantly looking for events -- for "God-sightings" -- that evidence what I already believe. Sometimes we become dependent on such events to the point where the event itself becomes the ground or anchor to our faith. While this is understandable, it is also very dangerous.

I am haunted by the words of C.S. Lewis in his A Grief Observed, (loosely quoted) "It is not as though I have quit believing in God, it is that I have come to the point where I say, ‘So God, this is who you really are.'"

In 1956, at the age of 58, Lewis married Joy Gresham. This was at first a benevolent legal marriage due to Gresham's need for British citizenship. Yet they fell in love. After learning that Gresham had contracted terminal bone cancer, they sought a Christian marriage. In prayerful hope they lived together as husband and wife. The cancer went into remission and they praised God for the unexpected. God had done something wonderful. An anchor in their experience. It was a reason to shout praises to God for His loving-kindness.

However, the remission was short-lived. Just three years after their hospital-bedside wedding ceremony, Joy's life was taken by the cancer. One year later Lewis writes the words above in one of his most profound and introspective works, A Grief Observed. The praise that he gave to God was turned into such bitterness and confusion that he wrote those terrible words, "It is not as though I have quit believing in God, it is that I have come to the point where I say, ‘So God, this is who you really are."

I often reflect on the journey of my sister's death. The specific point in that journey has to do with a "message" we received from God that turned out to be misunderstood, like that of the cancer's remission in the life of Lewis. To make a long story short, my sister was deeply suicidal for about two years. She lived close to me in Frisco, Texas, so when there was a problem it was up to me to come to the rescue. I had already had to break her door down at home and rush her to the hospital because of an overdose on sleeping pills, take her kicking and screaming to the local psych hospital to admit her twice, and travel to her house 16 other times in search of her when she had gone silent. One time, we could not find her anywhere. She was not at home or at work. I did not know what to do as I knew that this particular day was not a good one for her. We knew that she was suicidal. I got in my car and looked for her. Eventually I found her. It was nothing less than a miracle as I randomly pulled into a hotel off the highway. I found her in a room with a six-pack and a gun. I stopped her.

In the middle of this tragic situation, my family and I thought that God was answering our prayers, which pleaded for her life. We had this "divine" comfort that she was not going to die. Otherwise, how do we explain such a miracle?

Well, we were going right and God was going left. Despite the praise (which, looking back, seems like some sort of arm twisting way to gain divine assurance), Angie did take her life three months later in a different hotel room, which I could not find.

On a less tragic note

Last week, my mother-in-law's dog died. My girls loved this dog. They cried and cried and asked me why God would take Squirt away.

Let me back up. Earlier, my oldest daughter was praying that Squirt would be found. A pack of strays had approached my girls outside, and Squirt ran out to protect them. He does not weigh more than ten pounds so it was a brave thing to do. Squirt went missing. Last time this happened, three years ago with another dog, the dog was killed. We thought the worst.

However, my daughter called me at work in great joy, "Daddy! Daddy! They found Squirt. I prayed and prayed and they found him! I asked everyone to pray on Facebook and we found him!" She was so excited, and I was pleased that God had given her this experience. However, remembering God's M.O., my excitement was peppered with hesitation.

Three hours later my daughter called again, crying bitterly. "He's dead. He's dead. Squirt is dead!" The stray dogs had done too much damage and the vet had to put Squirt to sleep. My daughter was going right and God was going left.