Catholics Do This but They Don't Do That: #2

A hand floats up to the forehead and down to the heart center, then passes from the left shoulder to the right: a Catholic is making the sign of the cross. Orthodox Christians do it a little differently but the meaning is the same: this body is a blessing, and it is being blessed.

Nobody following Jesus through Galilee was making the sign of the cross; they would have thought that was kind of creepy, like if someone today made his fingers into a circle and called it the sign of the noose. Crosses were torturous means of execution; their only symbolism was of horror and death. But symbols develop over time, and as belief that Jesus' death carried a meaning unlike any other began to grow, the instrument of his death began to take on new meaning as well.

We start seeing traces of the sign in the 2nd century. Tertullian, a firebrand Christian theologian, wrote that during every action of their daily lives, Christians "trace upon the forehead the sign." That sign was probably less cross and more X - the Greek letter chi, which is the first letter of the word "Christ." By the 4th century, though, the sign traced on the forehead had clearly switched to being a remembrance of the cross.

It also took a while for the sign to lengthen from the little cross on the forehead to the big body cross of today.  Some historians think people made the switch in the 6th century to symbolically refute the heretical idea that Christ had only one, divine nature; by making the cross bigger, believers could show that they were using two fingers (for the orthodox understanding of Christ's dual nature) to make the sign.

Other disagree, saying the whole longer cross didn't get street cred until the 8th century, but everyone agrees that by the 10th century it was what all the cool Christian kids were doing.  It took a few more centuries to figure out hand position, with Eastern Christians settling on using three fingers to make the sign, while Western Christians use a more open-handed position.

Along the centuries the sign also picked up a Trinitarian flare. During the 9th century a controversy raged about the standing of the Holy Spirit within the Trinity; the two sides disagreed violently (like with swords and battles), but they both began to recite the words "In the name of the Father and of the Son and of the Holy Spirit" when making the sign of the cross.

Most of the groups arising out of the Protestant Reformation of the 16th century dropped the sign of the cross, seeing it as a superstitious charm that was unscriptural. It's enjoying a Protestant renaissance of sorts, with some groups now encouraging its use among their members, but by and large the sign is still a Catholic and Orthodox "thing."

Nowadays the sign of the cross permeates every part of Catholic life. It's used a multitude of times during the Mass, before and after blessings and prayers, and in almost unconscious response to many of life's stresses and strains. I was taught to make the sign when passing a Catholic church, hearing an ambulance, or learning of a death, among other things: it's part profession of faith, part prayer for protection, and part cultural location.

In spite of its many uses, don't be looking for Catholics to turn the sign into a yoga pose or liturgical breakdance move anytime soon. The sign involves motions of the body, but they fall more under the heading "Act of Devotion" than "Moving Meditation." The sign is not about the body as cross, but about the Cross of Christ over the body of believers, a remembrance of their baptism into the death and resurrection of Christ.

Read about other Catholic practices here. 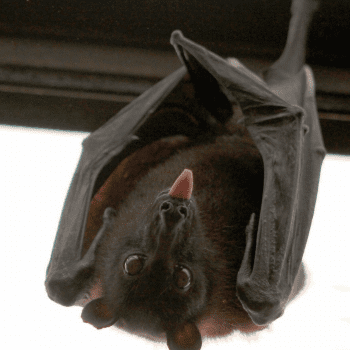 Podcast Ep. 399: Aaron Rodgers and the Homeopathic Vaccine
Hemant Mehta
About
Get Patheos Newsletters
Get the latest from Patheos by signing up for our newsletters. Try our 3 most popular, or select from our huge collection of unique and thought-provoking newsletters.
From time to time you will also receive Special Offers from our partners that help us make this content free for you. You can opt out of these offers at any time.
see our full list of newsletters