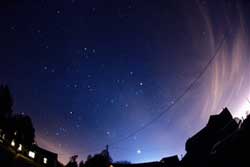 The Confucian tradition has a long historical legacy in East Asia extending from China across Korea and Japan and into Vietnam. The influence of Confucianism has been significant in political thought and institutions, social relationships and ritual exchange, educational philosophy and moral teaching, cultural attitudes, and historical interpretation. Indeed, Confucian values still play an important part in East Asian life despite the striking inroads of modernization and westernization.

Although we are concerned here with the potential positive contribution of Confucianism to environmental thought, acknowledgment is made of the inevitable gaps between theories and practices as well as the limitations of Confucianism. Nonetheless, the potential of the Confucian tradition is significant for continuing to shape East Asian societies in their quest for sustainable development and environmental integrity.

While this tradition has enormous historical variations, cultural particularities, and national differences in the region, nonetheless, there are certain central ideas and values that have spread across the area. These values constitute key elements of the tradition that have endured despite historical changes and political upheavals.

These include: a dynamic cosmological context or worldview for promoting harmony amidst change; the embeddedness of each person in concentric circles of relationships and ethical responsibilities, the importance of the family including past, present, and future generations; the function of a hierarchical social system where loyalties to elders and to teachers are critical; the significance of education in cultivating the individual, enriching the society, and contributing to the political order; the role of government in establishing a political bureaucracy for ruling large numbers of people; and the value of history as an element of civilizational continuity and moral rectification.

These values will be discussed in relation to their potential contribution to environmental thought. Of singular importance in these discussions is the rich cosmological worldview of Confucianism, which promotes harmony amidst change. This is an invaluable perspective for seeing nature as intrinsically valuable and for understanding the role of the human in relation to natural processes as critical. This worldview is characterized by four key elements: an anthropocosmic rather than an anthropocentric perspective, an organic holism of the continuity of being, a dynamic vitalism of material force (ch'i, qi), and a comprehensive ethics embracing both humans and nature.

By "anthropocosmic" we refer to the great triad of heaven (a guiding force), earth (nature), and humans. This idea is central to Confucian thought from its earliest expressions in the classical texts to its later developments in Neo-Confucianism, which arose in the 11th century. This seamless interaction of these three forces contrasts markedly with the more human-centered orientation of western traditions where personal salvation in relation to a divine figure is central.

By "organic holism" the universe is seen as unified, interconnected, and interpenetrating. Everything interacts and affects everything else, which is why the notion of microcosm and macrocosm is so essential to Chinese cosmology. The elaboration of the interconnectedness of reality can be seen in the correspondence of the five elements with seasons, directions, colors, and even virtues.

This type of classification began in the third millennium B.C.E. and resulted in texts such as the I Ching (Book of Changes). This sense of holism is characterized by the view that there is no Creator God behind the universe. Chinese thought is less concerned with theories of origin or with concepts of a personal God than with the perception of an ongoing reality of a self-generating, interconnected universe described by Tu Weiming as a "continuity of being."

"Dynamic vitalism" refers to the basis of the underlying unity of reality, which is constituted of ch'i, the material force of the universe. This is the unifying element of the cosmos and creates the basis for a profound reciprocity between humans and the natural world. Material force (ch'i) as the substance of life is the basis for the continuing process of change and transformation in the universe. The term sheng-sheng, namely, "production and reproduction" is repeatedly used in Confucian texts to illustrate the creativity of nature.

This recognition of the ceaseless movement of the cosmos arises from a profound meditation on the fecundity of nature in continually giving birth to new life. Furthermore, it constitutes a sophisticated awareness that change is the basis of the interaction and continuation of the web of life systems -- mineral, vegetable, animal, and human. Finally, it celebrates transformation as the clearest expression of the creative processes of life with which humans should harmonize their own actions. In essence, human beings are urged to "model themselves on the ceaseless vitality of the cosmic process."