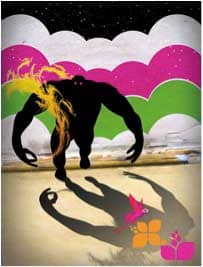 In the aftermath of the September 11 attacks, President George W. Bush and many policymakers and mainstream religious leaders were careful to emphasize that America was waging a war against global terrorism, not against Islam. Bush declared his respect for Islam and the need to distinguish between the religion of Islam and the actions of terrorists. However, America's pursuit and prosecution internationally and domestically of its broad-based war against terrorism, the rhetoric and policies of the administration that accompanied them, reinforced a negative reaction that cuts across much of the Muslim world, from North Africa to Southeast Asia, and was a serious concern of many of America's European allies.

If President Bush was initially sensitive to distinguishing the religion of Islam from the actions of terrorists, that sensitivity has seemed to fade in subsequent months as the Bush-Cheney administration seemed guided by the ideology and policies of neo-con members of the administration and its advisers with their vision of the creation of a New American Century and an "unholy alliance" between many neo-cons and the hard-line Christian Zionist Right.

The trajectory of the Bush/Cheney administration's foreign policy and military actions -- the broadening of the American -- led military campaign's scope beyond the invasion and occupation of Afghanistan to second frontiers, the identification of an "axis of evil" (comprising a majority of countries that were Muslim), the invasion and occupation of Iraq, and the Bush administration's failed leadership in the Palestinian-Israeli conflict and Lebanon's Hezbollah-Israel and Gaza wars - fed anti-American sentiment among the mainstream as well as the hatred of America among militant extremists. America came to be seen as a neo-colonial imperial country, whose overwhelming military and political power has been used unilaterally, disproportionately, and indiscriminately.

Grievances of Muslims from one Muslim country to another varied, but a prominent concern involved America's longtime support for authoritarian Muslim regimes over the years from Hosni Mubarak's Egypt and Zein Al Abedin Ben Ali's Tunisia to Saddam Hussain's Iraq (1980-88) and Parvez Musharraf's Pakistan. Critics pointed to America's double standard in promoting its fundamental principles and values (democracy, political participation, human rights, and basic freedoms of speech, assembly, and the press) selectively or not at all when it comes to the Muslim world.

Majorities in virtually every majority Muslim nation surveyed in a Gallup World Poll said they disagreed that the United States is serious about establishing democratic systems in the region.

Muslims had to look no further than the Bush administration's Iraq policy to find corroboration for their concerns. When weapons of mass destruction were not found in Iraq, the administration boldly declared that the U.S.-led invasion and toppling of Saddam were intended to bring democracy to Iraq as part of a broader policy of promoting democracy in the Middle East. Nevertheless, majorities of Muslims and others in the world saw the invasion of Iraq as a war of occupation.

Abuses in Iraq, Abu Ghraib, and Haditha, as well as Guantanamo Bay and the rendition of prisoners (that is, transfer of suspected terrorists to "CIA prisons" in countries employing harsh interrogation techniques and torture), undermined the U.S. record on human rights and outraged not only Muslims but many others across the world. The Bush administration gave unconditional support for Israel's massive, disproportionate military response, a 34-day war in Lebanon in 2006, to ostensibly respond to Hezbollah's July 12 seizure of two soldiers and killing of three others.

While the track record of most American presidents, as witnessed by the U.S. voting record in the UN, has demonstrated the nation's consistent tilt toward Israel, Bush had taken America's relationship with Israel to the next level. The administration's uncritical alignment with Israel supported Israel's reliance on military might rather than diplomacy in its invasion and wars in Lebanon in 2006 and later in Gaza, ignored its sidestepping of international law, and risked America's complicity in war crimes. As in Lebanon, so too in Gaza the Bush administration supported an Israeli invasion and war whose major victims were civilians, mainly women and children, condoned destruction of the infrastructure and institutions of society (homes, neighborhoods, universities and schools, mosques, police stations, hospitals) and inflamed the hatred and radicalization of a future generation of Palestinians.