Overview of World Religions and Ecology 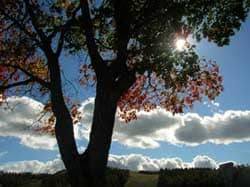 The environmental crisis is one that is well documented in its various interlocking manifestations of industrial pollution, resource depletion, and population explosion. The urgency of the problems are manifold, namely, the essential ingredients for human survival, especially water supplies and agricultural land, are being threatened across the planet by population and consumption pressures.

With the collapse of fishing industries and with increasing soil erosion and farmland loss, serious questions are being raised about the ability of the human community to feed its own offspring. Moreover, the widespread destruction of species and the unrelenting loss of habitat continue to accelerate. Climate change threatens to undermine efforts to reverse these trends and to move toward a sustainable future for humans and nature.

Clearly religions need to be involved with the development of a more comprehensive worldview and ethics to ground movements toward sustainability. Whether from an anthropocentric or a biocentric perspective, more adequate environmental values need to be formulated and linked to areas of public policy. Scholars of religion as well as religious leaders and laity can be key players in this articulation process.

Moreover, there are calls from other concerned parties to participate in a broader alliance to halt the loss of species, topsoil, and natural resources as well as to mitigate the effects of climate change. This alliance of scholars, religious leaders, and activists is creating common ground for dialogue and creative partnership in envisioning and implementing long range, sustainable solutions to some of our most pressing environmental problems.

This is critical because the attitudes and values that shape people's concepts of nature come primarily from religious worldviews and ethical practices. The moral imperative and value systems of religions are indispensable in mobilizing the sensibilities of people toward preserving the environment for future generations.

One of the greatest challenges to contemporary religions, then, is how to respond to the environmental crisis, which some believe has been perpetuated by the enormous inroads of materialism and secularization in contemporary societies, especially those societies arising in or influenced by the modern West. Others such as the medieval historian Lynn White have suggested that the emphasis in Judaism and Christianity on the transcendence of God above nature and the dominion of humans over nature has led to a devaluing of the natural world and a subsequent destruction of its resources for utilitarian ends.

While the particulars of this argument have been vehemently debated, it is increasingly clear that the environmental crisis presents a serious challenge to the world's religions. This is especially true because many of these religions have traditionally been concerned with the paths of personal salvation that frequently emphasize other worldly goals and reject this world as corrupting.

How to adapt religious teachings to this task of revaluing nature so as to prevent its destruction marks a significant new phase in religious thought. Indeed, as the historian of religions, Thomas Berry, has so aptly pointed out, what is necessary is a comprehensive reevaluation of human-Earth relations if the human is to continue as a viable species on an increasingly degraded planet. In addition to major economic and political changes, this will require adopting worldviews that differ from those that have captured the imagination of contemporary industrialized societies that view nature as a commodity to be exploited.

The focus of ethics in the world's religions has been largely human centered. Humane treatment of humans is often seen not only as an end in itself but also as a means to eternal reward. While some have critiqued this anthropocentric perspective of world religions as rather narrow in light of environmental degradation and the loss of species, it is nonetheless important to recall that this perspective has also helped to promote major movements for social justice and human rights.