To many, if not most, American Jewish parents, participating in Halloween revelries is harmless. Increasingly, however, rabbis and educators from across the denominational spectrum have questioned and challenged Jewish participation in Halloween activities. The article below explores many of the most common objections to the holiday. While many rabbis would not state their opposition in as stark a way as Rabbi Broyde does, his opposition to Jews trick-or-treating is not uncommon. This article originally appeared as an appendix to a Jewish evaluation of celebrating Thanksgiving. The complete text and footnotes can be found on Torah from Dixie. Reproduced with permission of the author. 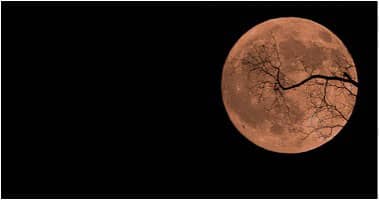 Applying the principles explained above to determine whether it permitted to celebrate Halloween requires that one first explore the origins of Halloween as a holiday. As developed below, this is a classical case where the application of the same rules to different sets of facts leads to a different rule of halakhah [Jewish law].

According to the Encyclopedia Britannica, Halloween originated with the pagan Celtic festival of Samhain, a day on which the devil was invoked for the various divinations. 'The souls of the dead were supposed to revisit their homes on this day', Britannica says, 'and the autumnal festival acquired sinister significance, with ghosts, witches, hobgoblins ... and demons of all kinds said to be roaming about.' In the early Middle Ages, the Roman Catholic Church instituted All Hallow's Eve on October 31 and All Saints Day on November 1 to counteract the occult festival. It did not work. All Hollow's Eve was simply co-opted into the pagan celebration of Samhain.

As was noted by Professor John Hennig, in his classical article on this topic, there is a clear historical relationship between the Celtic concepts of resurrection, Roman Catholic responses to it, and the modern American holiday of Halloween.

Thus, Halloween, unlike Thanksgiving, plainly has in its origins in religious beliefs that are foreign to Judaism, and whose beliefs are prohibited to us as Jews.

On the other hand, notwithstanding the origins of Halloween, one must recognize that the vast majority of the people in America who currently celebrate Halloween do not do so out of any sense of religious observance or feeling. Indeed, one is hard pressed to find a religion in the United States that recognizes Halloween as a religious holiday. One recent writer, responding to Christian assertions that Halloween celebrations are a form of pagan worship, wrote:

One of my fondest memories of kindergarten was the first Halloween celebrated at school. I marched proudly from room to room in our elementary school in my Wilma Flintstone [a character in a cartoon --MB] costume as a participant in the Halloween parade. The anticipation of the event was overwhelming, exciting and the fun was anything but sinister.... To say that participating in Halloween leads to devil worship is like saying taking Tylenol leads to crack addition. Believe me, when I was marching in my Wilma Flintstone costume, the last thing on my mind was drawing pentagrams or performing satanic rituals. The only thought I had was that next year I'd be Pebbles! [Wilma's child -- MB]... It is only a few fringe group fundamentalists who seriously believe Halloween is a holiday for worshiping the devil.

This statement appears to be a truthful recounting of the modern American celebration of Halloween. The vast majority of people who celebrate Halloween have absolutely no religious motives at all -- it is an excuse to collect candy or engage in mischievous behavior.

However, it is worth noting that there are still some people who celebrate Halloween religiously, and there are occasional court cases about employees who seek to take religious leave on Halloween day as a religious holiday.

Thus, the question about Halloween is whether Jewish law allows one to celebrate an event that has pagan origins, where the pagan origins are still known and celebrated by a very few, but not by the vast majority of people who engage in this activity.