Football and a Missionary Focus

One might argue that the missionary work being done goes beyond just convert baptisms and encompasses outreach to many young members of the LDS Church who are positively influenced by the BYU football program and for whom many of its team members have become role models (for example, the program is an effort to combat the deleterious effects of contemporary culture on the youth of the Church). But, again, for every Steve Young, Chad Lewis, or Austin Collie, there is a Jim McMahon, Ronny Jenkins, or Owen Pochman.

I think these challenges are compounded by the pressures BYU faces in trying to recruit top tier prospects at a time when Latter-day Saint players are increasingly attending schools across the country rather than heading automatically to BYU, as they typically had in the past.  I want to make clear that I have enormous respect for Bronco Mendenhall, but I have to assume the temptation to ease the "character" bar for recruits is ever-present in the program's on-going effort to remain competitive (something that has likely contributed to some of the past embarrassments cited above). Additionally, whether deserving or not, the BYU football program and its fans have gained a reputation in some quarters for being self-righteous, pretentious, and at times unruly; all of which, when combined with the success BYU has seen over the years, has helped to make BYU the team that some just love to hate.

Considering all of this and the intense passion that is invariably a part of the college football game, does a successful BYU football program really open more doors or result in more missionary referrals than would be opened if the energy and resources that are behind the program were re-directed elsewhere? Certainly there is prestige that comes with fielding a good team filled with good Latter-day Saint players (some of whom may even make it to the NFL), but isn't there prestige in fielding top academics, musicians, historians, writers, or linguists in various fields (and if not, shouldn't there be)?

What is it about a high profile athletic program that makes it more deserving of the state-of-the-art practice facilities and various other resources costing tens of millions of dollars when tenure and non-tenure track teaching positions are being cut across the board, schools in areas like the humanities are long starved for space and resources, and other courses of studies at BYU are cut altogether? And if the energy and resources put into the BYU football program aren't justified on the basis of the program being an effective missionary tool, on what basis are they justified?

This article was first printed at TimesandSeasons.org and is reprinted with permission.

Marc Bohn graduated from BYU, and received a JD from George Washington University.

He focuses on the Foreign Corrupt Practices Act (FCPA), export controls and economic sanctions, and other international trade and policy issues. He also blogs at timesandseasons.org.
Page: 2 of 2
10/16/2009 4:00:00 AM
more at patheos
1

We can't go on together with suspicious minds
Fred Clark
2 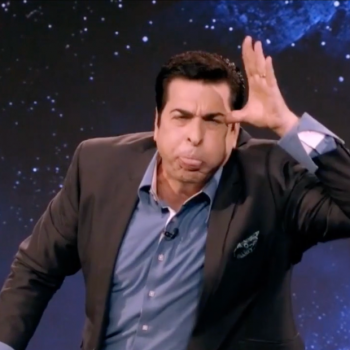 Christian Preacher: If Trump Isn't Reinstated, Your Wives May Be Raped
Hemant Mehta
3

Watch for Eucatastrophes
Gene Veith
Get Patheos Newsletters
Get the latest from Patheos by signing up for our newsletters. Try our 3 most popular, or select from our huge collection of unique and thought-provoking newsletters.
From time to time you will also receive Special Offers from our partners that help us make this content free for you. You can opt out of these offers at any time.
see our full list of newsletters
Editor's picks See all columnists