Studying Mormonism in the Academy

For the past half century, the attempt to initiate a formal study of religion in higher education here has been heretofore undercut by forces afraid that the enterprise would become a disguised fostering - or undermining - of religion and of Mormonism in particular.

A second reason why the study of religion may be shunted aside is that its nature is often ill-understood: "Its all that sticky-sweet God and church stuff."  Or: "It is simply enacted fanaticism."  By contrast, incidentally, psychiatrists and clinical psychologists are in some quarters trained to recognize that religion is crucial to mental and social health or dysfunction.  As one supervisor of psychiatrists instructs his colleagues: "Find out what your patient's religion is, even if he does not know she has one."  The implied definition of religion here is "worldview"; everyone has a worldview, hence everyone is religious.  Others talk about religion as one's "ultimate concern," or as the quest for meaning, God, or the transcendent.

But a religion is more than the "religious impulse" of individuals.  A full-blown religion (that is, a religious movement) is comprised of, among other things, a worldview, a system of values and ethics, a community ("religio": to bind together), and a devotion and devotional ritual that symbolizes the worldview, values, and community.  The formal academic approach to these elements, developed especially since the 1960s, is known as "Religious Studies."  Religious Studies, however, is variously understood.  It is sometimes construed as treating a topic, and sometimes as a discipline.

As a topic, Mormonism, like any other religion, may be fruitfully studied by historians, philosophers, anthropologists, students of literature or the law, and others.  In the right hands, we may go farther: these elements of a religion may be compared to those of any other religion.  I say "in the right hands" because the comparison presupposes substantive competency in more than one tradition, which is difficult.

In a more disciplinary sense, Religious Studies may be construed as going beyond comparison and contrast to concern with a different sort of inquiry.  The focus is on matters of religion and identity and culture, and on how religion "works."  In particular, the inquiry asks after the relationship between belief and behavior, and between a religious community and the surrounding culture.

What Religious Studies as a discipline can bring to the study of Mormonism is to relate religion to these distinctive questions of religion's workings and of their relation to culture and identity, as exemplified particularly well in the works of Jan Shipps and Kathleen Flake.  And what Mormon Studies potentially contributes to Religious Studies is a spectacularly rich instance - one of the best case studies available - through which to apply these questions.

This is because, first, as Shipps has argued, Mormonism may be construed as the emergence of a new World Religion (like Christianity or Buddhism).  In addition, Mormons have been from early in their history world-champion record keepers.  The emergence of this new world religion is thus extraordinarily accessible for study - and this from its very beginnings, unlike any other genuine World Religion.  Indeed, a study of Mormonism's emergence, distinctive as it is, even has the potential to pose hypothetical scenarios for the rise of the classic world religions.  That is, the probing of Mormonism has the capacity to generate insights, categories, and systems that may reveal patterns illuminating the still obscure history of the world's major religious traditions.

Religious Studies in the context of the liberal arts may ask such questions as:  How does a new religion get "birthed" and, once here, how does it find traction in the world, establishing its new vision of the world and its new values and ritual and community?  How do successful religious traditions survive their infancy and transcend the culture in which their formation occurred, so as to become world religions?  Once established, religions either change or die; how does a religion navigate profound change without losing its identity?  What portions of a tradition's literature become sanctified as scripture, and why and how?

Given this rich potential of such questions, Mormonism might even be a prime candidate for inclusion in a course on World Religions.  If the influential Jonathan Z. Smith has it right, we ought not teach introductory courses for their own sake; rather, we ought to teach them in the interest of liberal education.  Smith argues that as long as we don't misconstrue undergraduate education as simply a preparation for graduate education, then "There is nothing that must be taught, there is nothing that cannot be left out" in the Introductory course.We are commissioned to teach critical thought.  "Arguments and interpretation are what we introduce; our particular subject matter serves merely as the excuse, the occasion, the example."  Less coverage, in the tradition of the college "survey" course is better.  Mormonism, because of what I suggested earlier, might prove a marvelous though unconventional subject for such a purpose. 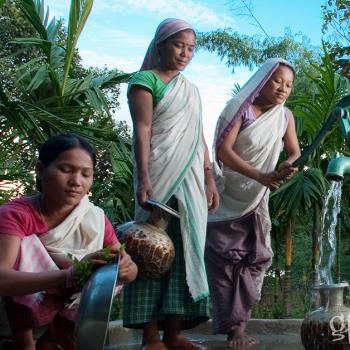 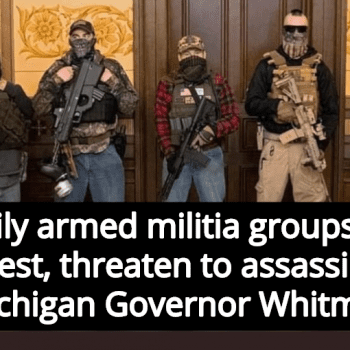 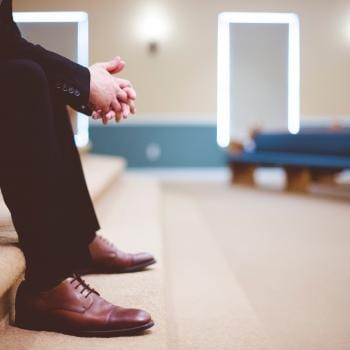 Apostolic Succession: Reply to a Messy Exegete
Dave Armstrong
Get Patheos Newsletters
Get the latest from Patheos by signing up for our newsletters. Try our 3 most popular, or select from our huge collection of unique and thought-provoking newsletters.
From time to time you will also receive Special Offers from our partners that help us make this content free for you. You can opt out of these offers at any time.
see our full list of newsletters
Editor's picks See all columnists