When we put the pieces together, the picture is ugly. Natural sciences excepted, postmodern liberal education amounts to knowing one's self as a cultural animal, as a product of the machinery of meaning that constantly operates in the background of art, literature, philosophy, and religion. This self-knowledge issues largely negative imperatives: Don't be naïve, don't stereotype, don't be ethnocentric, don't be a cultural imperialist. This stands in marked contrast in the old view of self-knowledge. To know one's self to be a rational animal encourages a reasoned search for a truth worth believing.

Why has the study of culture shifted so dramatically? Here the report provides a valuable clarity. It gives us an important insight into Harvard's ideal of the well-educated world leader. "Familiarity with the dynamics of culture," we are told, "is essential to the students' successful navigation of today's world." Nicely put. The basic existential thrust of postmodern cultural study is to relax the power of any particular culture over the minds of students. The goal is obvious. A Harvard man or woman is not to be a member of a culture. He or she navigates cultures. With a critical grasp of the factory of meaning, he or she sets about to oversee production.

The ideal of a cultural manager sounds sensible in the face of our present clashes of civilizations and culture wars. It's an angle the Final Report plays. But I wonder. Nearly two centuries ago, John Henry Newman saw that it was a conceit of the modern age that truth may be approached without homage. The mechanisms of critique destroy piety and in so doing diminish our capacity to love and obey truth once found. Moreover, as John Paul II pointed out again and again, responsible human freedom is not possible outside a more basic loyalty to the commands that can come to us only in and through culture. At the bottom of critique are the paradoxical extremes of either cynicism or fanaticism. One seems left with either the dark reality that all truths are fashioned and not found -- or with moral or political certainties that survive in the ideological amber of the system of critique. (It's amazing how cocksure the postmodern professors are about moral and political questions of the day.)

Finally, I have a political worry. Does the Harvard-educated manager of cultures function too much as a Nietzschean Übermensch, operating upon the raw material of humanity from the supposed heights of critical understanding rather than leading from within the ranks? Will a person in a position of power who "reads" his fellow man, rather than listening to what he actually says, end up manipulating rather than serving? And toward what will the Harvard graduate manage culture? Who sets the production goals for all those cultural factories of meaning? Am I too cynical when I suspect that it will be the naked self-interest of those who have convinced themselves that culture makes no real claim of truth upon the human soul? In other words, is the new vision for general education at Harvard alarmingly illiberal? 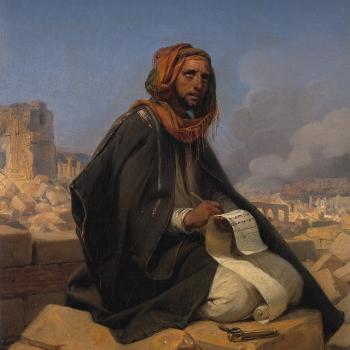 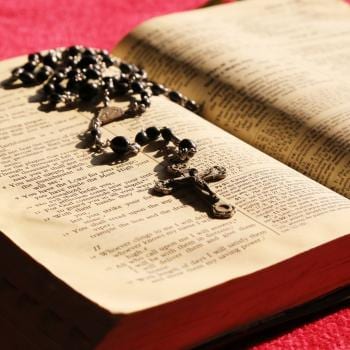 Hevel And The Perplexing Nature Of Ecclesiastes
William Hemsworth
About
Get Patheos Newsletters
Get the latest from Patheos by signing up for our newsletters. Try our 3 most popular, or select from our huge collection of unique and thought-provoking newsletters.
From time to time you will also receive Special Offers from our partners that help us make this content free for you. You can opt out of these offers at any time.
see our full list of newsletters