Why Interfaith Dialogue is Urgent 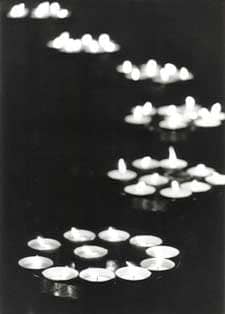 Interfaith work has recently acquired a high profile but mainly for negative reasons. I want to outline what is being done to reduce ignorance and prejudice, but I want to concentrate on the more positive aspects of interfaith work: shared action for a better world, theological discussion, and spiritual exploration.

Even politicians, who a generation ago did not ‘do God', now recognize the importance of interfaith work. It is said that in the ‘90s when plans for the Millennium were first being discussed, one cabinet minister asked, ‘What has religion got to do with the Millennium?' The publication in 1994 of Religion, the Missing Dimension of Statecraft was greeted with surprise.

For many people, religion is bad news. It is blamed for creating barriers and being a cause of division within societies and between nations. In 2003, for example, the British Government set up a Faith Communities Unit, and I recently heard the former head of the Muslim Council of Great Britain praising what has been done in Britain to promote social cohesion. It is encouraging, too, that several Muslim countries have arranged major conferences to bring together imams, clergy, and rabbis. Recently at a meeting in Geneva, convened by the King of Saudi Arabia, though some Muslim speakers dwelt on the ‘clash of civilizations' and their fear that the West wanted to impose its civilization on all other countries, the majority of Muslim speakers rejected this and called for a dialogue of civilizations.

Does religion need to be a cause of division?

Religion can be a cause of division because it is a significant part of a person's identity -- it may determine what you wear, what you cannot eat, who you marry. Moreover, religion binds people together, but at the same time separates them from others. It's not politically correct to ask a Muslim to join you for a drink at the pub or to serve a bacon-and-eggs breakfast to someone who is Jewish. I like the, probably apocryphal, story of Cardinal Heenan and former Chief Rabbi Lord Jakobovits. The Cardinal was urging the Chief Rabbi to eat a pork chop. "Yes," said the Chief Rabbi, "I'll eat one when I come to your wedding."

Does rejoicing in ‘being saved' -- imply others are ‘unsaved'? Does belonging to a ‘chosen people' mean that God has favourites? The Native American leader Black Elk said that in a vision he saw "the hoop of my people and it was holy." "Then," he added, "I saw the hoop of many religions and I saw that they were holy too."

A Christian friend told me how she made this discovery. Her daughter was very ill. At the weekend a colleague at work, who was a Hindu, rang her up to inquire after her child. "I have been praying for her," the colleague added. This, my friend told me, made her start questioning. "Who was the Hindu praying to?" "Was it another God or is there only One God whom Hindus and Christians address in different ways?" My friend had never thought about this before.

More than three hundred years ago, the Sikh Guru Gobind Singh, insisted that

"There is not One God for Hindus and another for Muslims."

The religion of love is apart from all religions:

For lovers (the only) religion and creed is God.

Distinctions break down as you get to know members of other religions and become friends. A major task of interfaith organizations is to provide a safe place for this to happen. Too often members of different religions or cultural backgrounds may live in geographical proximity but there may be little human interaction beyond what is necessary to buy a bus ticket or to pay for the shopping at a supermarket check-out. I remember my wife Mary asking a woman from Afghanistan who was serving us, whether she liked living in Oxford. "No," she replied, "It's always raining and no one speaks to me."

Meeting people, eating meals together, inviting each other to our religious festivals, visiting other people's places of worship -- all this creates understanding and friendship.

There is also the need for education and opposition to deliberate prejudice. In Britain there are now laws against racial discrimination and stirring up religious hatred.