Are Swiss Alps Threatened by Minarets? 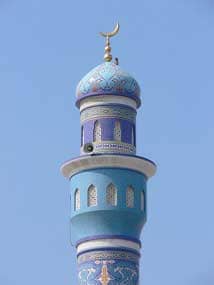 Last year at a European meeting of intelligence officials from the U.S. and Europe, a Swiss participant commented on a proposed referendum on minarets. He was sure it would go nowhere since, as he said, Switzerland is a very pluralistic society, its Muslim population is relatively small, and there were few mosques with minarets.

Enlightened Switzerland has now become part of an "Enlightened Liberal Europe" that is increasingly not all that liberal. The stunning Swiss vote (57%) approving a referendum to ban minarets, should not have been all that surprising, considering the growing power of Islamophobia. In both Europe and America, right-wing politicians, political commentators, media personalities, and religious leaders continue to feed a growing suspicion of mainstream Muslims by fueling a fear that Islam, not just Muslim extremism, is a threat.

In the aftermath of the attacks in America and in Europe, the relevance and viability of multiculturalism as a policy in the U.S. and Great Britain were challenged by those who charged that such an approach contributed to domestic terrorism: retarding Muslim assimilation and civic engagement, perpetuating foreign loyalties, and providing a space for militant radicals. The process of integration, in which immigrant citizens and residents could retain their religious and ethnic differences, was rejected by many, in particular the far right in Europe, who demand total assimilation.

Modern-day prophets of doom have predicted that Europe will be overrun by Islam, transformed by the end of the century into "Eurabia." The media, political leaders, and commentators on the right warn of a "soft terrorism" plot to take over America and Europe. Bernard Lewis, a Middle East historian and adviser to the Bush administration on its failed Iraq policy, received widespread coverage when he chided Europeans for losing their loyalties, self-confidence, and respect for their own culture, charging that they have "surrendered" to Islam in a mood of "self-abasement," "political correctness," and "multi-culturalism." Daniel Pipes, columnist, political commentator, and relentless Muslim critic who had written an article, "The Muslims are coming. The Muslims are coming" also declared: "Western European societies are unprepared for the massive immigration of brown-skinned peoples cooking strange foods and maintaining different standards of hygiene... All immigrants bring exotic customs and attitudes, but Muslim customs are more troublesome than most."

Fortunately, many Muslim and Christian leaders across the world, major European politicians, and human rights experts have condemned the ban, and the Vatican has denounced it as an infringement of religious freedom.

However, the surprising gains made by Geert Wilders' Freedom Party, the Danish People's Party, the Austrian Freedom Party (FPÖ), Hungarian Jobbik, and the British National Party in the recent European Parliament elections emboldened many of its leaders to applaud the Swiss vote and encourage similar prohibitions. Wilders, leader of the anti-Muslim Freedom Party in the Netherlands, who previously warned that mass deportation of millions of Muslims from Europe may be necessary, called for a vote to stem the tide of "Islamization" in the Netherlands.

The far right persistently refuses to face a 21st-century reality: to acknowledge and accept the fact that Muslims are part of the mosaic of their nations. Islam is now a European religion, and, in fact, the second largest religion in many European countries. No longer predominantly first-generation immigrants, many are second-and third-generation citizens. Despite the acts and continued threat from a very small but dangerous minority of extremists, the majority of Muslims, like their non-Muslim fellow citizens, are loyal citizens.

The Swiss ban, like some other European countries' policies, highlights a failure of Western liberalism and raises fundamental questions about religious discrimination and freedom of religion. While there are only four minarets in Switzerland, a country that is home to approximately 400,000 Muslims, supporters of the referendum mindlessly charge that the minaret is a political symbol of militant Islam. This makes about as much sense as saying that church steeples symbolize militant Christianity.

Where do we go from here? Western political and religious opinion-makers and the media will need to resolutely address the dangers of Islamophobia as aggressively as they do other forms of hate speech and hate crimes, ranging from racial discrimination to anti-Semitism. European Muslims will need to continue to speak out publicly, demanding their rights as European citizens and residents and also denouncing religious discrimination and violence as well as limits placed on constructing churches in the Muslim world.