Evidence of a Transformed Life 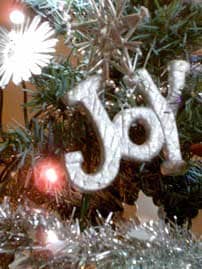 When we left Ebenezer Scrooge at the end of Part Nine, he had come to the end of the visits by the spirits of Christmas past, present, and future. In response to these visits, he promised to be a changed man:

"I will honor Christmas in my heart, and try to keep it all the year. I will live in the Past, the Present, and the Future. The Spirits of all Three shall strive within me. I will not shut out the lessons that they teach."

Stave 5, the final section of A Christmas Carol, reveals that Scrooge wasn't lying or even exaggerating. He was indeed a new man.

The first evidence of his transformation is his giddy enjoyment of life. He's almost crazy with joy, especially when he finds out that it's Christmas day. This stands in stark contrast to the gruff negativity of the former Scrooge.

Apart from being silly with excitement, what is the first evidence Dickens supplies of Scrooge's renewal? Generosity, of course. Charity. Given what we've seen earlier in this series, namely Dickens's association of Christmas with helping the poor, we are not surprised that the new Scrooge jumps at the chance to help the family of his clerk, Bob Cratchit, by sending them a giant turkey for their Christmas dinner. Calling this "charity" doesn't quite get the feel of Scrooge's action, however. "Playful charity" might be a better description, since he intends to surprise the Cratchits and not even reveal his identity as their patron.

Soon, however, Scrooge's benevolence takes a more serious and costly turn. As he's walking the streets, wishing everyone he sees a "Merry Christmas," Scrooge spies the two "portly gentlemen" who had visited him the previous day, seeking his help for the poor. That was not a pleasant encounter, of course, since Scrooge dismissed the men without the tiniest gift. But the new Scrooge not only greets the two gentlemen warmly, but also offers a surprisingly large financial gift.

The next evidence of Scrooge's transformation is easily lost if one reads too quickly. And it's not often picked up in dramatic presentations of A Christmas Carol, though it figures prominently in the 1999 film starring Patrick Stewart as Scrooge. Dickens writes simply, "He went to church." Since we don't have more to go on than this, we shouldn't imagine that Scrooge has experienced some sort of religious conversion. Yet Dickens hints that, in some way or another, Scrooge has a new interest in God, or at least in religious observance at Christmas time.

The last scene in A Christmas Carol mirrors the opening scene, with Scrooge in his office. He hopes to catch Bob Cratchit coming in late, and his wish is fulfilled. Scrooge uses this opportunity to scare poor Bob half to death with his newfound generosity and Christmas joy. He promises to raise Bob's salary and help his family.

The closing paragraphs of A Christmas Carol explain that "Scrooge was better than his word." He became like a second father to Tiny Tim. Moreover, he "became as good a friend, as good a master, and as good a man, as the good old city knew, or any other good old city, town, or borough, in the good old world." Yes, from then on Scrooge "knew how to keep Christmas well," but his transformation wasn't limited to one day or one season. Rather, he fulfilled his promise "keep Christmas all year," both in his joviality and in his generosity.

So what evidence do we have of Scrooge's transformation? Most simply, we see:

Earlier in this series I explained how central children were to Dickens's heart, especially his heart for the poor. The suffering of children touched him more than any other suffering. At the end of A Christmas Carol, Dickens shows that if one allows one's heart to be transformed by children, not only will one care for needy children, but also one becomes childlike. Even Scrooge's generosity has an innocent, playful dimension as he surprises both Bob Cratchit and the portly gentlemen.

Once more, I'm impressed with the extent to which Dickens's understanding of human life is similar to my own Christian point of view. Transformation, for Dickens and for the Christian, has both internal and external aspects. It's a matter both of feeling and of action. The new Scrooge feels new. But he also takes tangible steps to act in new ways in the world, principally through financial generosity and general kindness. This is the sort of thing that happens when a person is transformed, not by Christmas spirits, but by the Spirit of God.