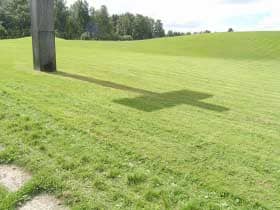 Social Justice in Catholic Social Teaching is centered in providing individuals "the conditions that allow associations or individuals to obtain what is their due, according to their nature and their vocation. Social justice is linked to the common good." (Catechism of the Catholic Church). The social justice tradition is the best in what is Catholic/Christian in that if we are living a life that is just, we are looking out for more than our narrow self-interest. If we are concerned with everyone getting his or her due, then our hearts will be with people who are not in our tribe: the poor, the outcast, the widow, the orphan.

Because all humans were made in the image and likeness of God, all loved by God equally, we are called as Christians to love everyone, a love that reaches out even to our enemies. Therefore, to harm or kill another is radically against the will of God, as we see in the life and example of Jesus. In protecting the "common good," we begin to see the "common need," which naturally yields to the "common passion" or compassion, for all who share this life.

The God that I saw most frequently growing up in suburban America was a God who was white. This "White God" was a projection of the wealthy class of primarily Caucasian men of privilege, worshipping the deity of wealth and the "more is better" capitalist economics. So often, women and people of color were considered secondary in importance. As second and third class citizens, they suffered the oppression of this wealthy white male economic and social juggernaut. Even the image of Jesus was westernized.

This white-skinned, blue-eyed Jesus became the justification for men of white European descent to plunder the earth and subject its people so as to control and subjugate especially the "savage nations" of native people and their African counterparts. The foundation of what would be called the U.S. economic empire of today was built off the backs of slaves.

But, as we enter the 21st century, Christianity and other western cultural traditions are experiencing a moral and spiritual turmoil. God's color shade is evolving from "white" to "green." This one true God is the God of life, whose color is green, the primary color of the earth's life, loved into existence and existing to support and sustain all life and all people, rich, poor, oppressed, and free.

Because we humans are the only mammals that sleep on our backs, this positions us to gaze into the night sky. This gazing orients us to ponder the mysteries of life and the universe, the "common good" now going well beyond the privileged first world. A new "common good" is now reaching beyond anthropocentrism, the thinking that humans and their needs are the only ones in all of existence. When human need alone becomes paramount, we fight each other for the resources of the earth, and otherwise plunder her to gain our advantages.

At the Agape Community -- a lay Catholic intentional community dedicated to nonviolence, prayer, and simple living that my wife, Suzanne, and I co-founded in 1982 -- we meet many young people who are moving away by droves from conventional religion and church. They are doing so because they sense that "religion" is no longer connected to what is really important. Central to what has always been important to humans is the earth, the natural world, agriculture, and the food we eat. Any true renewal of the Christian churches therefore, must be grounded in our relation and care of creation, especially now, when life forms on earth are in such great peril.

The nature parables of Jesus profoundly illustrate a time when natural things were the grounding for an authentic life of faith that so deeply expresses our humanity. This grounding in authenticity was a motivating factor in the decision we took as a couple in 1980, when we married, to exchange vows committing us to live in a Christian community. In 1987, we moved The Agape Community and our vision to thirty-four acres of land in central Massachusetts within the Quabbin Reservoir watershed.

Over the past twenty-two years, we have been profoundly influenced by living in the embrace of natural beauty and the simplicity of life in rural Massachusetts. We laid down roots in this land by first clearing it with over 200 volunteers, and then by building a main house, dedicated to St. Francis. Ten years later, again with hundreds of volunteers and donations, we built another residence, a straw bale house, named after Brigid House after St. Brigid of Ireland, with solar energy, a compost toilet, and a greenhouse that supports the community's organic garden and vegetarian diet, feeding all who live here, as well as guests and volunteers. To resist oil consumption, we are committed to weaning the community from all fossil fuels, especially petroleum. In this effort, we drive an automobile that runs on used grease from a local restaurant.

Agape offers hospitality and facilitates programs on nonviolence and the environment both at our homestead and at other sites such as colleges, universities, retreat centers, and peace organizations. Our program guests and retreatants include youth from the inner cities of Boston, Springfield, and New York who suffer economic deprivation and who are at risk for or have experienced violence in a variety of forms. In this ministry, we pray that we are modeling a Christian life, dedicated to learning how to live close to God's green earth.