Islamic Philanthropy: For the Love of God

And be steadfast in your prayer and pay charity; whatever good you send forth for your future, you shall find it with God, for God is well aware of what you do. -- Quran 2:110, 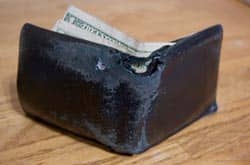 In 1993, Americans gave $104 billion in charity, which amounts to $916 per person. They also did volunteer work: a minimum of six hours per week. We the Muslims, who also know the virtues of charity in this life, and who believe in the life hereafter, are not able to match that. All our Islamic institutions, mosques, full-time schools, and organizations are in the red, and we have to make frequent fund-raising efforts to sustain and maintain them.  In addition, the political problems that have been created in Muslim nations require our utmost attention.

If we consider the masjid [mosque], the house of God, as our house, and the problems or sufferings of other Muslims as our own, then we do not need to do fund-raising since we do not raise funds for our own house when the roof leaks or for any needs of our own children.

The Qur'an says: "And be steadfast in your prayer and pay charity; whatever good you send forth for your future, you shall find it with God, for God is well aware of what you do" (2:110).

Miserly people think that their money will decrease or that they will become poor by giving money to charity; but our belief says the contrary. Remember the Qur'an: "The likeness of those who spend their wealth in the way of God, is as the likeness of a grain that sprouts seven spikes. In every spike there are 100 grains, and God multiplies for whom He will. God's will is embracing, all-knowing" (2:261).

The basic concepts in understanding Islamic philanthropy are:

There are two types of Islamic charity. There is zakah, which is obligatory, and is the right of the poor over the wealth of the rich, which amounts to 2.5% of a person's net worth every year. The other is sadaqah, or voluntary charity, which depends on need and the amount of excess wealth. The word zakah itself means "purification," and the purpose is to purify legally earned wealth.

Charity should not be used as a tax shelter or to win personal recognition, but only for the love of God. "To spend of your substance out of love for Him -- to your kin, orphans, the needy, the wayfarer, those who ask and for freeing slaves." (2:177)

One of the reasons some Muslims cannot come up with charity is that they are not sure to whom the masjid belongs. Does it belong to the donors, to the officials of the organization, or to the users? There need not be doubts because a masjid belongs to all; but mostly it is the house of God -- and He has given it for our use, so we must pay the rent. On a larger scale, a masjid belongs to the whole Muslim community.

The problems before Muslim fund-raisers are:

"Your wealth, your children, are only a temptation, whereas to be with God is an immense reward. So keep your duty to God as best as you can, and listen and obey and spend. That is better for your soul, and whosoever is saved from his own greed is the one who is successful. If you lend to God a goodly loan, He will double it for you and will forgive you, for God is the Responsive Element" (64:15-17).

Sometimes we do not want to part with our wealth due to love of our family and children, so that they might not suffer from poverty, but if we know that it is God Who is the Provider for all of them, we should not worry. Therefore, God asks us to send good deeds like this for the future before we reach it. It is like putting money in a savings account in this world and cashing it in the next world, multiplied many times.