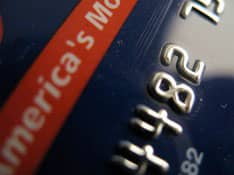 How serendipitous for the Democratic party that the economic collapse is happening so happily under its watch. As President Obama's chief of staff pointed out, we "should never let a crisis go to waste." In fact, nothing should go to waste. That's the whole point.  Even our wastefulness should not go to waste.

We stand around and chide one another for our consumption and extravagance, and yet we anxiously watch the stock market and the early December sales. We read with dismay about the closing of stores and restaurants, though we all admit our credit cards wore themselves out in such places. Surely the more stores close, the less we are tempted to spend excessively. After all, the Soviet Union didn't angst over consumerism.

We anticipate the recovery of our economy -- which would look like normal rates of expenditures, aggressive investments, high employment, and generally an unbridled gush of cash in and through society resulting in lots of new tract homes, new appliances, new cars, and new Starbucks. This is what we want, right?

Now if only we could bottle virtue, or at least what we call virtue today, and sell it for a profit! An elixir -- green and greenbacked. Take a sip, and cheerfully begin darning socks and using a push lawn mower. Take another sip, and gladly sell your car, cut up your credit cards, and hang your clothes out to dry.

Green is so hard because we don't really want to do these things. We relish our consumption and our comfort. As it has been said, "A luxury tasted becomes a necessity," and we in this country have tasted many, many luxuries. But if we could sell green goodwill, ah, then we could get somewhere. We could keep the great carousel of market spinning those capitalist horses of consumption and competition, innovation and insatiability, and still smugly reassure ourselves of our core goodness.

Imagine it. Cheers for downward mobility, for thrift, for more elbow grease and less fossil fuel.

We could save the earth, go green, and not worry about cap-and-trade taxes on our use of electricity. We could distribute life-saving drugs wherever and whenever they were needed, and still keep the pharmaceutical companies afloat with the power of sheer beneficence. We could abandon greed and gluttony, forswear consumerism and fashion, embrace frugality and monetary prudence without giving up public good, the generation of taxes and employment, or the stimulus for inventions and creative ingenuity.

Pope Benedict XVI's latest encyclical, Caritas in Veritate, called for, among other things, a worldwide redistribution of wealth and the recovery of the moral implications in economic decisions.  "Economic life undoubtedly requires contracts, in order to regulate relations of exchange between goods of equivalent value. But it also needs just laws and forms of redistribution governed by politics, and what is more, it needs works redolent of the spirit of gift." A spirit of gift.  Imagine that.

Sadly, much of our virtue has been redefined.  A genuine gift is something freely given. Instead of measuring goodness by acts of patience, generosity, and compassion, we calculate our tax deductions.  Instead of feeling guilty because we have hoarded our plenty, we feel guilty because we don't use the right kind of light bulbs in our homes.

Yet really, while the pope's counsel may be spiritually appropriate, how practical is its implementation? What would happen if legal measures that applied economic open-handed generosity were really embraced?

Bernard Mandeville fantasizes about such a possibility in his early 18th-century poem, "The Grumbling Hive." Its bees are industrious and focused -- in all the least virtuous ways. Fraud, dishonesty, crime, greed, pandering -- these are the nectars that keep the hive humming. But the bees are suddenly stricken with moral remorse and, shockingly, become everything we instruct our children to be -- honest, simple, hardworking, generous, thrifty. They abandon their profligate ways, and pursue virtue, the old-fashioned type.

And does the hive prosper? No, the hive collapses. Turns out the hive actually needed the rogues and their law-enforcing collaborators, the decadent and their spendthrift ways, the self-indulgent drones and the vain queen. All that nasty, covert sin greased the wheels that moved the machine that produced the goods that paid the bills that supported the system.