The Torah's Wisdom for Financial Markets 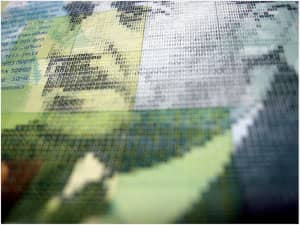 In Israel, people borrow money from banks differently than they do elsewhere in the world. It is called a Heter Iska, where any loan is structured so that the lender becomes an investor rather than as a usurer. This provision is to avoid transgressing the law, found in the double Torah portion Behar-Bechukotai (Leviticus 25:1--27:34), against usury.

But this is more than just a loophole in the law. There is a real difference between the biblical definition of a loan and the Heter Iska based loan. The Torah does not have any bankruptcy provisions. If you borrow money you must pay it back no matter what. In fact, even if the borrower has neither money nor assets the court will sell the borrower's future work and use that money to repay the lender. In the Torah's view as long as the borrower can work, money can be raised to repay the debt.

If money is lent on interest and the borrower has no possible way to default, however, the debt cycle will become a lifelong trap that for some may end in a form of enslavement. The Torah was trying to avoid predatory lending practices that would create a debt trap.

In addition the Torah is aware that the concept of making money from money without actually working to earn it is spiritually soul destroying. This is because each individual was created with unique talents and abilities and was meant to fulfill a specific predetermined purpose. Going on vacation and living a life of leisure from the interest payments of a trust fund does not equate to living a fulfilled and meaningful life and was therefore discouraged in the strongest terms possible.

The Heter Iska structure, conversely, is qualitatively different. It ensures that lenders assume risk together with borrowers. This has a twofold benefit. First, if the investment does not work out as planned the borrower can default by declaring a form of bankruptcy. Second, since the one giving the money is invested in the deal as a partner, this type of transaction is not seen as spiritually destructive -- it is as if the investor is actually working for the return.

Because of the bankruptcy provisions in Western countries, whenever anyone lends money they are taking on some of the risk together with the borrower. If the borrower loses money the lender does too. This in some way ensures responsible lending practices. Thus, whilst modern lending practices may not be considered Halachicly different than the biblical concept of usury they are certainly conceptually different.

Over the last ten years, however, this changed. Mortgage Backed Securities in conjunction with Credit Default Swaps caused investors to consider their investments to be risk free. This was a mistake on their part but while the illusion was sustained it resulted in predatory and irresponsible lending practices. Lenders/investors won't care whom they lend money to or under which terms if they think they are guaranteed to get their entire investment back plus interest no matter what.

This represented the worst of both worlds. It was bad for borrowers because they were able to obtain money they neither earned nor were entitled to. It was doubly bad for lenders/investors because it presented the extremely attractive yet soul-destroying allure of effortlessly making risk-free money from money.

This cautious balance is vital if financial markets are to be stable. The moment this careful equilibrium is disturbed, finance breaks down and the spiritual health of society is jeopardized.

Rabbi Levi Brackman is author of Jewish Wisdom for Business Success: Lessons from the Torah and Other Ancient Texts and executive director of Judaism in the Foothills and Youth Directions. Visit his site at www.levibrackman.com.