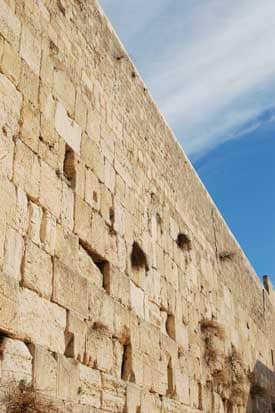 When I was 17 years old, I spent seven months in Israel. The year was 1966. I was nervous being so far from home but excited to be in my spiritual homeland. I thought that I was open to the new experiences that flooded my daily life. One situation stands out to share at this moment. It had to do with a bus, a bus driver, frighteningly windy roads, and a beggar.

I was sitting on the bus behind the bus driver holding my breath as he careened around tight corners on the way down from Har Carmel in the coastal mount city of Haifa. We came to a sudden stop, the door opened, and onto the bus stepped a beggar, an older man in torn and filthy clothes. He rudely ignored the bus driver and the fee box by his side. He started walking down the aisle shoving his dirty hand in the faces of the passengers. Since I was in the first seat I was accosted first.

I tried not to notice him but he would have none of it. He shoved his hand in my face and spoke in a strong voice, one not softened by the embarrassment of his situation. "Tzedaka!" he demanded. I was so intimidated that I gave him a few bills and looked down. The beggar was demanding and I was embarrassed. The situation seemed to be all out of whack.

As the beggar continued weaving down the aisle, the bus started again and reached its frightening speed around the many corners on the way down the mountain. In my discomfort I remarked aloud: "Well, that was rude!" The bus driver turned around in his seat, not slowing for an instant, and responded to me in English. "Do you not understand?" he queried with a strong accent. "That man was doing you a kindness!" "How," I asked, "was he doing me a favor by begging for money?" "Didn't you hear what he said? He called out Tzedaka; he was offering you the opportunity to fulfill the Mitzvah, the sacred commandment to help others! How often does an opportunity come along to make such a sacred connection, a Mitzvah by helping others?"

Forty-three years later, I remember that incident. I remember the harrowing ride and the hallowed lesson. In Judaism, the term that we most associate with the word "charity" is Tzedaka. But Tzedaka does not mean charity; it means righteousness, it means doing the right thing. In Judaism, to help others is simply the right thing to do. Even beggars, those who bring us blessing by allowing us to fulfill the Mitzvah of giving, are required to give to those who have less.

In Judaism, helping others is not above and beyond, it is what is expected. That is why we call it a Mitzvah, which means (on one level) a commandment.

In Torah there are countless writings on how we must treat each other with compassion. The corners of our field do not belong to us. We must plant them but we may not harvest them, they are for those in need. Any time that we drop part of our harvest, we are forbidden to pick it up; it is to be left for those in need.

When any person comes to us for a loan we must do whatever we can to provide. If the person leaves something as collateral we must bring it back to hir [I use "hir" rather than him or her] before nightfall. Then the next day we wait outside the person's door in humility as we wait to take possession of the collateral for the day.

Every seven years all debts are forgiven (Dt. 15). On all Jewish holidays we give to the poor. On Purim especially, we send gift baskets to the poor. On Pesah we say: "Let all who are hungry come and eat," inviting everyone to share in the bounty of the day. On the High Holy Days we say that there are three things that can turn our ‘Karma' around: Prayer, Study, and Tzedaka, the obligation to give to those in need. The Talmud instructs us to give at a minimum of ten percent of our annual net income to Tzedaka (Maimonides, Mishneh Torah, "Laws Concerning Gifts for the Poor," 7:5).

And since I have cited Maimonides, the RaMBaM, he offers us the levels of Tzedaka or a ladder to heaven, if you will.

The lowest, mean-spirited rung on the ladder is: When the giving is given grudgingly.

The next rung is for a person to give less than s/he should, but to do so cheerfully.

As we climb higher we find the one who gives directly to the poor upon being asked.

But higher than that is giving directly to the poor without waiting to be asked.

Once we have reached that rung we can still climb higher, closer to heaven, by making sure that though the recipient is aware of the donor's identity, the donor does not know the identity of the recipient.

One might argue that this level and the one before are almost the same, but take a moment to think of the feelings of the beggar when the donor is aware of the recipient's identity, but the recipient is unaware of the source.