How each of us reads the Bible is partly the result of family, neighbors, and friends (a socialization process), and partly the God-given accident of long-term development in faith. Consequently, the real issues of biblical authority and interpretation are not likely to be settled by cognitive formulations or by appeals to classic confessions. These issues live in often unrecognized, uncriticized, and deeply powerful ways -- especially if they are rooted (as they may be for most of us) in hurt, anger, or anxiety.

Decisions about biblical meanings are not made on the spot, but result from the growth of habits and convictions. And if that is so, then the disputes over meaning require not frontal arguments but long-term pastoral attentiveness to one another in good faith.

A church in dispute will require great self-knowing candor and a generous openness among its members. Such attentiveness may lead us to recognize that the story of someone else's nurture in the faith could be a transformative gift that allows us to read the text in a new way. My own story leads me to identify six facets of biblical interpretation that I believe are likely to be operative among us all.

Inherency. The Bible is inherently the live word of God, revealing the character and will of God and empowering us for an alternative life in the world. While I believe in the indeterminacy of the text to some large extent, I know that finally the Bible is forceful and consistent in its main theological claim. It expresses the conviction that the God who created the world in love redeems the world in suffering and will consummate the world in joyous well being.

That flow of conviction about God's self-disclosure in the Bible is surely the main claim of the apostolic faith, a claim upon which the church fundamentally agrees. That fundamental agreement is, of course, the beginning of the conversation and not its conclusion; but it is a deep and important starting point. From that inherent claim certain things follow:

First, all of us in the church are bound together by this foundation of apostolic faith. As my tradition affirms, "in essentials unity." It also means, moreover, that in disputes about biblical authority nobody has the high ground morally or hermeneutically. Our common commitment to the truth of the book makes us equal before the book, as it does around the table.

Second, since the inherency of evangelical truth in the book is focused on its main claims, it follows that there is much in the text that is "lesser," not a main claim, but probes and attempts over the generations to carry the main claims to specificity. These attempts are characteristically informed by particular circumstance and are open to variation, nuance, and even contradiction. It is a primal Reformation principle that our faith is evangelical, linked to the good news and not to biblicism. The potential distinction between good news and lesser claims can lead to much dispute.

Third, the inherent word of God in the biblical text is refracted through many authors who were not disembodied voices of revealed truth but circumstance-situated men and women of faith (as are we all) who said what their circumstances permitted and required them to say of that which is truly inherent. It is this human refraction that makes the hard work of critical study inescapable, so that every text is given a suspicious scrutiny whereby we may consider the ways in which bodied humanness has succeeded or not succeeded in bearing truthful and faithful witness.

Fourth, given both inherency and circumstance-situated human refraction, the Bible is so endlessly a surprise beyond us that Karl Barth famously and rightly termed it"strange and new." The Bible is not a fixed, frozen, readily exhausted read; it is, rather, a "script," always reread, through which the Spirit makes all things new. When the church adjudicates between the inherent and the circumstance-situated, it is sorely tempted to settle, close, and idolize. Therefore, inherency of an evangelical kind demands a constant resistance to familiarity. Nobody's reading is final or inerrant, precisely because the key Character in the book who creates, redeems, and consummates is always beyond us in holy hiddenness. When we push boldly through the hiddenness, wanting to know more clearly, what we thought was holy ground turns out to be a playground for idolatry. Our reading, then, is inescapably provisional. It is rightly done with the modesty of those who are always to be surprised again by what is "strange and new."

Interpretation. Recognizing the claim of biblical authority is not difficult as it pertains to the main affirmations of apostolic faith. But from that base line, the hard, disputatious work of interpretation needs to be recognized precisely for what it is: nothing more than interpretation. As our mothers and fathers have always known, the Bible is not self-evident and self-interpreting, and the Reformers did not mean to say that it was so when they escaped the church's magisterium. Rather the Bible requires and insists upon human interpretation, which is inescapably subjective, necessarily provisional, and inevitably disputatious. 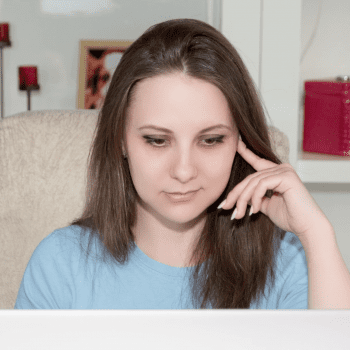 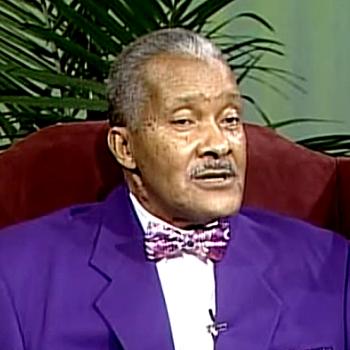 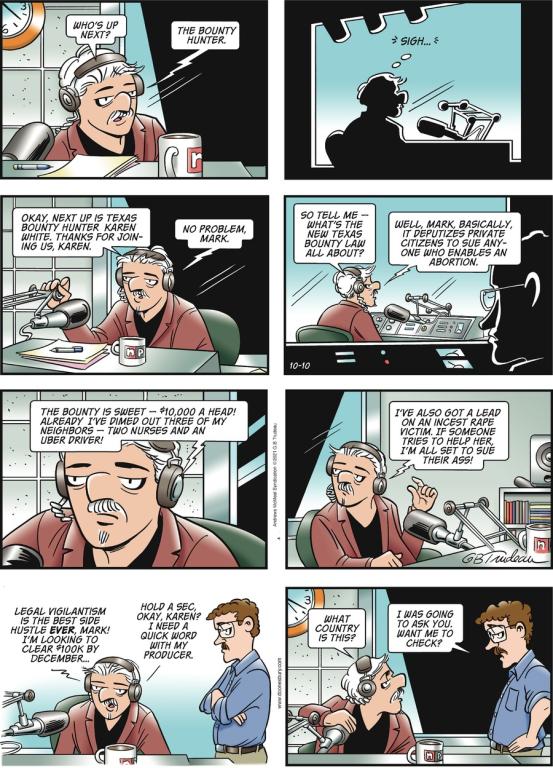 Texas And The Vigilante Abortion Crowd: An Immoral Law
Christy Thomas
About
Get Patheos Newsletters
Get the latest from Patheos by signing up for our newsletters. Try our 3 most popular, or select from our huge collection of unique and thought-provoking newsletters.
From time to time you will also receive Special Offers from our partners that help us make this content free for you. You can opt out of these offers at any time.
see our full list of newsletters