A History of Israeli Cinema

Likewise, the director fails to discuss the relationship between television and cinematic productions. Once again, the one television drama noted, Ram Loevy's 1978 "Khirbet Khizah," poses the same question that was asked about documentaries, especially television series and their role in the recent boom in Israeli filmmaking.

In a similar manner, History includes just one short feature film, Avi Mograbi's 1989 Gerush (Expulsion). The choice is particularly interesting given that Nadjari does not note that this is a short, and that Mograbi's reputation is in documentary, not feature filmmaking. Nadjari's choice of Mograbi's film also raises questions about what the relationship is between Israeli shorts and the "larger" cinematic works.

Be that as it may, Nadjari's A History of Israeli Cinema is a worthy introduction to Israeli cinema.

This article was first printed at Zeek, a Patheos Partner, and is reprinted with permission. A History of Israeli Cinema is being shown as part of the 2010 New York Jewish Film Festival.

Four Portraits, One Jesus: A Survey of Jesus and the Gospels
Frank Viola
4 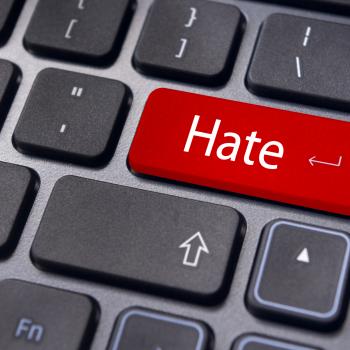 Violent People Living in A Virtual World
Anthony Costello
Get Patheos Newsletters
Get the latest from Patheos by signing up for our newsletters. Try our 3 most popular, or select from our huge collection of unique and thought-provoking newsletters.
From time to time you will also receive Special Offers from our partners that help us make this content free for you. You can opt out of these offers at any time.
see our full list of newsletters
Editor's picks See all columnists