An Interview of Omid Safi

Ask a group of Americans this question: What does Christ stand for? They'll say he stands for love, forgiveness, concern for the poor and turning the other cheek.

Then ask Americans: What do you know about Moses? The answers get fuzzier, but people remember he brought the Law and led his people out of slavery in Egypt.

Ask about the Hindu tradition. People mention Gandhi and nonviolence, but they don't know much about Hinduism.

Then, ask Americans about Muhammad's life and the vast majority of non-Muslims aren't able to answer at all. Ask about a single value he exemplifies - and they have trouble coming up with any answer. 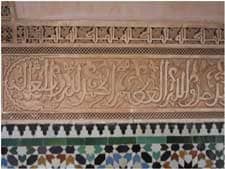 Let's start with your background, because I think that's the first question readers will ask: Who is the person who wrote this big new book about the founder of Islam?

My title at the University of North Carolina is Professor of Religious Studies. And, for the last seven years, I have also been the Chair for Islamic Studies at the American Academy of Religion.

You have a strong interest in Sufism and the mystical movements within Islam, but your background is Shi'a, is that right?

I come from a very deeply traditional Iranian Shi'a family. My grandfather was an ayatollah, which is the highest rank of scholarship in the Shi'a context. I grew up in Iran for the bulk of my childhood and teenage years although I was actually born in the United States. My life has been spent about half living here and half living in various other places.

You've got to be worried about your family these days. You say they're deeply traditional, but you're a progressive voice yourself. These are dangerous times in Iran for progressive voices.

I probably have more than 600 members of my extended family living in Iran, including some who have been very involved in the reform movement there. My concerns for people's lives and well being are perennial concerns.

You're an active Muslim yourself. You're not someone who has left the faith and now studies it from afar. Tell us a little about your own relation to the Muslim community.

I am very active and involved with the Muslim community, but because the Sufi dimension of Islam is very near and dear to my own heart, it shapes a lot of my own understanding of Islam. So, for example, I don't particularly subscribe to congregations or mosques that are exclusively Sunni or exclusively Shi'a.

Do you fast during Ramadan?

I have fasted during Ramadan through most of my life. Recently, I was diagnosed with diabetes and it precludes me from fasting. But Ramadan has been a very powerful and resonant practice during most of my life. I do miss it. One of the first pieces I ever published was about memories of Ramadan. Now, I always try to find other ways of honoring the month.

What drew you to Sufism, the more mystical branch of Islam? You say that this is a personal as well as a professional interest.

Yes, it's both academic and personal. Like a lot of other Iranians who grew up during the Iranian revolution and the long Iran-Iraq war, I was horrified by the dark underbelly in the intersection of religion and politics and nationalism and violence. So, I was looking for something to revitalize my own spiritual life and understanding of Islam.  Iranians have always had for the last 1,000-plus years a very deep engagement with Sufism. Virtually all of the great literary collections of poetry that Iranians really revere come out of the Sufi tradition.

Am I accurate in calling this the mystical branch of Islam?

I think that's fine, because it helps to give non-Muslims a sense of what we're talking about. They may be aware of mystical Christianity or mystical Judaism. It's a contemplative, disciplined, prayerful, love-filled life that changes the way one relates to other human beings. The only place I am not comfortable using the term "mystic" is sometimes in Protestant circles where the term suggests something extremely private or related to mysteries we shouldn't speak of.   I try to explain to people that Sufism is not a sectarian movement. It comes down in many ways to how people relate to the Prophet. Every Muslim is supposed to look at Muhammad as the ideal exemplar. All Muslims - Sunni and Shi'a - would say that they want to behave as Muhammad behaved. I think Sufis go one step further and we say that, at the height of Muhammad's spiritual life, he came face to face with God and that's the hope of Sufis. We want to experience God here and now - not just in the hereafter. All Muslims are trying to walk in Muhammad's footsteps. The Sufis do this a bit more literally in trying to ascend to encounters with God while on Earth.