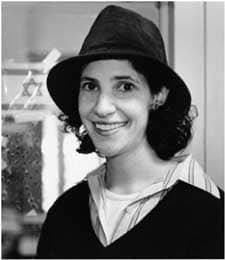 Seven years ago I noticed that many young women were becoming disenchanted with casual sex. Meanwhile, waiting for The One was seen as a bit pathological or for those with "hangups." Single at the time, I decided to pen a defense of sexual modesty. I knew that my arguments, for instance, that preserving the erotic depends on a sense of mystery ­-- might be challenged, but having just graduated college, I was naive enough to imagine that dissenters would marshal arguments. Nothing prepared me for the onslaught of tongue-lashings I would receive from my elders. Fellow writers likened me to an SS officer, accused me of wanting to drag women into burkas, and these were the more polite reactions. My favorite attack came from The Nation, which solemnly foretold I would "certainly be embarrassed" and regret my stance "in a few years." I should be ashamed of myself. To some baby boomers, I would learn, modesty is much worse than adultery.

Even my defenders had strange notions at times. I'll never forget the man who approached me after I spoke at NYU. "Nice talk, but I hope you don't end up like those Orthodox Jewish women," he warned ominously, "you know, the ones hunched over their baby carriages!" Then he began hobbling around like the Hunchback of Notre Dame pushing an imaginary stroller. As anyone who knows me will attest, I am very rarely at a loss for words. But this time I was simply stunned.

It was then that I began to wonder: Was the life of a traditional Jewish woman really so oppressive? Raised an assimilated Jew -- my sisters and I once won our local ‘Irishfest' by singing Christmas carols, and no, we're not Irish either. I decided I would need to investigate this Orthodox business properly.

Flash-forward six years and I'm living in Toronto. I launch my computer to find a note from a friend about James Wolcott's blog. Incredibly, it seems that the illustrious Vanity Fair writer had turned his generous eye on little me, claiming we had "a few interfaces" at various Manhattan parties where he was offended by my "ghost-pale complexion and demure demeanor. Soon, Mr. Wolcott noticed Wendy wasn't at the usual parties, making the usual scenes... I finally asked what had become of her and was told she had turned Orthodox Jew and moved to Israel. Which I thought was taking modesty to extremes."

Now, I never actually "interfaced" with James Wolcott in my life, so the idea of my gallivanting around in the same exalted circles as he and Paris Hilton was quite amusing. (My party days in New York comprised exactly three "intellectual gatherings" of the now-defunct Fabiani Society, where I sipped diet Coke in a huddle with the two other people I knew.) You may be surprised that Mr. Wolcott doesn't have better things to do than to critique the skin color and rumored whereabouts of someone he's never even met. But don't be. Just hearing the word "modesty" can strike terror into the hearts of men. "What if my wife/girlfriend agrees with her?" these men agonize, "Will I have to give up my Playboys?!" Others canvass wistfully, "Is it true that Wendy left the continent?"

Sorry to disappoint, but I did not in fact move to Israel. I did spend a few years studying there, however, and I also spent time among Jews known as "ultra-Orthodox." There I met mothers of eight children who were also businesswomen and teachers, involved in raising money for orphans (you know, on the side). Were they hunched over? Frankly, I couldn't begin to keep up with them. In fact, the more time I spent with traditional Jews, the more I saw how normal their attitude is toward sexuality. How it is precisely not "extreme."

Take a recent example. Last August in the New York Times, a therapist named Keith Ablow noted that a number of his male patients no longer felt attracted to their wives after witnessing them give birth. "I just can't get it out of my mind," lamented one. The article inspired a slew of personal attacks, not only on the author but also on the poor men themselves. Although they reported that their feelings were beyond their control, the men were immediately ridiculed in the blogosphere -- called "sexist" and abused with various obscenities. But this new cultural expectation that a husband watch every detail of his baby's entrance into the world -- or else -- what if this attitude is the one that's extreme?