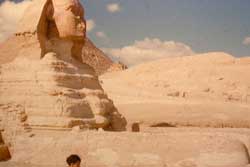 The parasha (weekly Torah portion) for the week ending January 23 is Bo. In Hebrew, the word bo means "come" or the command "go" and it is the first significant word in the portion.

This portion deals with the eighth and ninth plagues on Pharaoh who refuses to let the Israelites leave Egypt. Knowing what is coming next (the death of the firstborn males), Moses passes along the information to the Jews that they should slaughter a lamb and put the blood on their doorposts. This will cause the angel of death to be confused and pass over the household. Once the tenth and final plague happens and the firstborn children in all of Egypt die (except for the Israelites), Pharaoh lets Moses take his people out of the land of Egypt. In fact he orders them to leave. In the portion, prior to the death of the firstborn, G-d tells Moses and Aaron to record that this month would be the first month of the Jewish year. By that, G-d was referring to the month of Nissan, which falls in March/April. Also, G-d commanded the Israelites to observe the holiday Pesach (Passover) and follow the laws set out in Exodus 12:13-13:3.

A special thanks to g-dcast.com for the weekly parasha cartoon.

Many parallels can be drawn between these two portions. In Jeremiah, G-d says that Nebuchadnezzar would come to Pharaoh, just like Moses came to Pharaoh. However, Nebuchadnezzar is the king of Babylonia and he is out to attack Egypt. Both talk about a plague of locusts, be it literal or figurative, as well as the punishment of Egypt and their fall to their enemies.

In the end, the Israelites do not escape suffering and punishment in either portion.