A Few Thoughts on Chastity 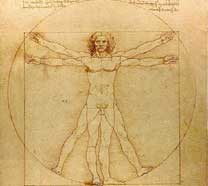 Chastity is not the natural state of man, but in a religion that believes that the natural man is an enemy of God (Mosiah 3:19), we need not fret too much about that. There are many things we may want to do but should still discipline ourselves to avoid. Such is the life of the Christian disciple.

In his famous talk on chastity, Jeffrey R. Holland said that, "Clearly God's greatest concerns regarding mortality are how one gets into this world and how one gets out of it. These two most important issues in our very personal and carefully supervised progress are the two issues that he as our Creator and Father and Guide wishes most to reserve to himself. These are the two matters that he has repeatedly told us he wants us never to take illegally, illicitly, unfaithfully, without sanction."

Given that sex can result in the creation of life, chastity in that light makes a lot of sense. Of course, there's an obvious problem in this argument: with contraception so readily available (thus de-linking sex with "life"), is chastity unnecessary, outmoded? One could argue that even in the era of the free condom, teenage pregnancy and STDs are still rampant. On the other hand there are plenty of careful people having sex outside of marriage.

A realization of this probably leads Elder Holland to his second reason for chastity: the Mormon doctrine of the soul (for Mormons soul = spirit and body): "[P]artly in answer to why such seriousness, we answer that one toying with the God-given -- and satanically coveted -- body of another, toys with the very soul of that individual, toys with the central purpose and product of life..."

Evidently, Mormons see a danger to the soul in unchastity. Some dangers are obvious: adultery can do real danger to lives (and consequently souls) and some illicitly conceived and then unwanted children have their souls tragically blighted from the very beginning. Elder Holland goes further, believing that extra-marital sex is "moral schizophrenia" something "that comes from pretending we are one, sharing the physical symbols and physical intimacy of our union, but then fleeing, retreating, severing all such other aspects -- and symbols -- of what was meant to be a total obligation, only to unite again furtively some other night or, worse yet, furtively unite (and you can tell how cynically I use that word) with some other partner who is no more bound to us, no more one with us than the last was or than the one that will come next week or next month or next year or anytime before the binding commitments of marriage?"

In other words, the supreme danger of unchastity is to marriage, whether the marriage we now have, or the one we may one day enjoy. Mormons believe that one of the central aims of life is to become completely united with one's spouse and that a full and undivided unity cannot be accomplished if you are sharing yourself with more than one person.

"Sex is, in Paul's image [1 Cor 6], a joining of your body to someone else's. In baptism, you have become Christ's body, and it is Christ's body that must give you permission to join his body to another body. In the Christian grammar, we have no right to sex. The place where the church confers that privilege on you is the wedding; weddings grant us license to have sex with one person. Chastity, in other words, is a fact of gospel life. In the New Testament, sex beyond the boundaries of marriage -- the boundaries of communally granted sanction of sex -- is simply off limits. To have sex outside those bounds is to commit an offense against the body. Abstinence before marriage, and fidelity within marriage; any other kind of sex is embodied apostasy."

Put simply, chastity is God's will, and as our bodies are not wholly ours, but God's too, his will is paramount, a will Elder Holland frames in terms of our own souls, of marriage, and thus of, in Mormon parlance, exaltation.

This notion should ring true to the Christian, but leaves us ultimately with a largely religious argument. My question is this: should (can?) Christians mount a renewed secular defence of chastity given the failure of abstinence-only sex education on the one hand, and rampant teenage pregnancy and STDs on the other?