Wisdom for a New Year

Part 1 of a 2-part series on the recent Parliament of the World's Religions.

How does one describe what it was like to be in the same space with just about every faith tradition and just about every cultural dress and headdress? This interfaith conference drew 8,000 people from 150 countries of the world-producing an incredible diversity of saris, robes, kipot, turbans, hijabs and shaved heads, along with every shade of skin on this earth.  How beautiful the religious communities of the world were as men and women from the far corners of the Earth gathered!

Check out our video interviews from the recent Parliament here.

There were Sikhs talking with Jews and Christian monks conversing with Hindus. No matter where you went within the Melbourne Exhibition Center, everyone was polite and anxious to find out who you were and where you were from. A Tibetan monk made a sand painting of vibrant colors, right next to the shrine of the Dalai Lama, who was scheduled to be the closing keynote speaker on the last day of the conference.

In the midst of these earnest people coming together to share ideas, increase respect, and work together on interfaith initiatives-protesters showed up and proclaimed their slogans outside of the Melbourne center. Atheists shouted: "Human Rights, not Religious Rites!"  Fundamentalist Christians flew banners crying: "There's only one path to God-Jesus!"  Their presence reminded us that Religion and Controversy struggle with each other all around the world.

Whatever the hateful or fearful messages protesters brought into the streets outside, thousands of us gathered each day inside the magnificent Exhibition Center -- and we all came to listen and learn from each other.     We shared goals of saving Mother Earth, ending poverty and empowering women. I loved seeing a group of Sikh students stop Rabbi Brad Hirschfield to ask: "What does it mean to be Jewish?" Together, they spent an hour learning about each others' religions.

I attended a session on Hindu-Jewish Dialogue, bringing together leaders from two of the world's oldest religions. Rabbi David Rosen (Director of the American Jewish Committee's Department of Interreligious Affairs), Swami Avdeshananda Giri, Swami Parmamananda Saraswati and Bawa Jain (Secretary General of the World Council of Religious Leaders) were the speakers at this session.  I was intrigued to hear about a large number of Israelis who travel to India, many of them estranged from their own religion as the head to the East. In the process, though, many rediscover their Jewish roots, the speakers said.

As if to underline what we might share as people from different traditions, a speaker pointed out that there are very small distinguishing traits among the DNA of human beings. Similarly, our religions have much in common, including values of family, work and faith.

I am a retired teacher of English as a Second Language and I am the former coordinator of the Religious Diversity Journeys for Seventh Graders through the Michigan Roundtable for Diversity and Inclusion. So, I was quite intrigued with a session called "Innovative Approaches to Interfaith and Multicultural Educational in Schools." This workshop explored different approaches to multicultural and interfaith education.

We heard about a broad range of educational approaches encouraging respect for the "other" through steps such as storytelling, respectful listening and even the use of gardens and nature in children's education.     Simon Oats, an Australian teacher, illustrated his methods of working with youth through the sharing of personal stories-an approach that gives young people time for reflection on the negative experiences of bullying, fear and injustice. I was so taken with Simon's presentation that I gave him a copy of "Interfaith Heroes" (Volume 2), written by Daniel Buttry, and told him how I had used these stories when I worked with my seventh graders and encouraged them to become diversity heroes!  Simon promised to keep in touch with me when his storytelling book is published next year.

During the Question and Answer period, I stood up and highlighted WISDOM and the Religious Diversity Journeys for Seventh Graders going on in metro-Detroit.  One of the other people at this session was quite taken with Detroit's interfaith efforts and, after the session was over, he presented me with a DVD for the youth that I work with, entitled "Animating the Golden Rule." This DVD illustrates how self-directed explorations in art, music, rap and drama can be used to help teenagers explore ways of embodying the core values of "The Golden Rule" shared by virtually all of the world's great religions. How appropriate this was, as WISDOM's very first event with youth also focused on the core values of "The Golden Rule" in world religions. 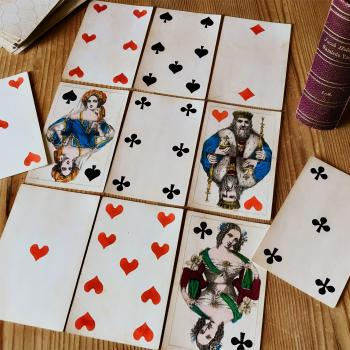 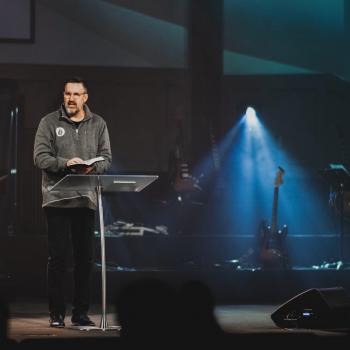 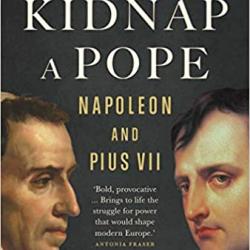 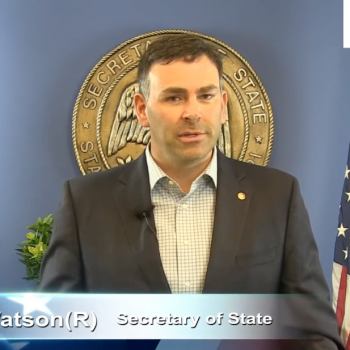 Mississippi Official Calls for More Christians in Office at Day of Prayer...
Hemant Mehta
Get Patheos Newsletters
Get the latest from Patheos by signing up for our newsletters. Try our 3 most popular, or select from our huge collection of unique and thought-provoking newsletters.
From time to time you will also receive Special Offers from our partners that help us make this content free for you. You can opt out of these offers at any time.
see our full list of newsletters
Editor's picks See all columnists