Wisdom Rather than Texts 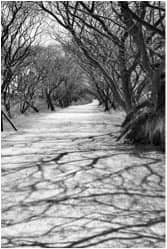 Unlike religions where a sacred text (such as the Bible, the Quran, or the Bhagavadgita) is accepted by adherents as a source of authority, Pagan communities generally not only have no sacred text, but often are suspicious of the very idea of "scripture."

The idea that final or absolute truth could be contained within a written text or series of texts has no support within the Pagan community. This is not to say that the written word is always rejected out of hand; some writings are held in esteem by various groups.  One example is Charge of the Goddess, originally written by Gerald Gardner and Doreen Valiente, which functions as an important instructional and devotional text within many forms of Wicca.  However, no text has any sort of "canonical" status; in other words, no text is regarded as authoritative or absolute. Inspired writings, like all other forms of human culture, are regarded by Pagans as expressions of humanity's experience as part of the overall cosmos, and therefore may have relative merit, but not absolute authority.

Generally speaking, Pagans treat all sacred writings from other religious traditions in a similar way: no text is above criticism, but any text may be respected or even revered for whatever wisdom it might contain.  Likewise, some Pagans may embrace texts that are not generally regarded as "sacred," nevertheless finding inspiration in such writings because of their inherent beauty or wisdom. An example of this is W. Y. Evan-Wentz' The Fairy-Faith in Celtic Countries, an early 20th-century compendium of fairy lore that some Pagans embrace as containing evidence of vestigial pre-Christian beliefs.

Many forms of Paganism foster a deep appreciation for mythology, particularly polytheistic or shamanistic tales and folklore. Thus, anthologies of myths and legends -- or interpretations and commentaries on mythology -- are essential texts for many practitioners. This includes primary texts (such as the Irish Book of Invasions or the writings of Hesiod) as well as later retellings of myth (Bullfinch's Mythology or Evangeline Walton's novellas based on the Welsh myths of the Mabinogion) and even popular spiritual or psychological commentaries on the myths (such as Jean Shinoda Bolen's Goddesses in Every Woman). Myths are important for creating a shared identity among contemporary Pagans, as well as creating a common language for shared ritual practices or even shared cosmological beliefs.

Likewise, the Pagan movement that emerged in the late 20th century featured a large number of writers whose works have been accepted as authoritative expressions of the beliefs and practices of various forms of nature veneration, modern polytheism, goddess spirituality, and other types of contemporary Paganism. Some of these authors include Gerald Gardner, Doreen Valiente, Raymond Buckland, Starhawk, Scott Cunningham, Diane Stein, Isaac Bonewits, Patricia Monaghan, Kveldulf Gundarsson, Emma Restall Orr, Ronald Hutton, and Marija Gimbutas, among many others. None of these writers commands anywhere near universal authority within the Pagan community -- each has his or her own following, as well as others who criticize or reject their work. Rather than coalescing around one particular teacher or tradition and demanding conformity to the same, Paganism thrives in its own "bio-diversity," which means no writing (or authority) is universally accepted.

Ultimately, practitioners of nature religion generally assert that nature (as encountered or understood through personal experience) is the final "authority" that trumps the opinion or wisdom of any other human being. "Nature," it might added, can be encountered on three levels: as the human body, as the external world of non-human nature, and finally as the cosmos itself expressed through the solar and lunar cycles of the year.

"When in doubt, consult your nearest tree," says Isaac Bonewits, in regard to the question of how to determine the merit of books on druidism. This comment, while flippant, reveals a typical perspective in the nature religion community -- that nature, which includes one's own intuition and personal preferences and values, is always to be preferred over "dogma," which in this context means the codified beliefs or teachings of someone else, especially as found in a book. While this leads to a degree of anti-authoritarianism and individualism within the Pagan world, the consensus is that the Pagan community as a whole is self-correcting in terms of rejecting beliefs, practices, and values that are harmful or useless.