The Death of a Secularist 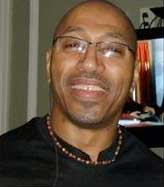 Not long ago I spoke at the memorial service for my friend Herbert Crimes. An ardent Afrocentrist, he went by the name of Sibanye, which means "together as one" in Swahili. The many colors visible among the large audience at his secular service -- held in a rented hall in the Adam Clayton Powell state office building in Harlem where Sibanye used to preside over a monthly humanist community group meeting -- testified to the pluralism of his personal life in an America still segregated by race.

Still, the unusual breadth and depth of this man's pluralism was enough to make some of the assembled uncomfortable. While the friends and associates who spoke included Christian, Jew, Muslim, and secularist, Sibanye's atheism was politely avoided by most of us. While I am opposed on principle to appropriating the life of a deceased person for one's own ideological cause, I felt called to point out in my remarks that -- according to Sibanye's own beliefs -- he had not gone on to "a better place" in the next world. The person I knew and admired, having had no hope for a life hereafter, devoted most of this life's energies to making this world that better place.

Although we sometimes speak of the dead living on through their legacies, this secular promise of immortality only goes so far. Of course, it is true that our lives are worth living in part because we participate in projects -- like building a bridge or raising a child -- that will outlast our lifespans. Yet this presupposes that our lifespans are not co-terminal with those projects, or that their survival is not the same thing as our survival. Woody Allen had it right: "I don't want to achieve immortality through my work. I want to achieve it through not dying." There's the rub.

Believers in the beyond often ask unbelievers how they can accept the prospect that death is the end. Some even confess they are motivated to believe by their wish to vanquish the grave. It is true that the atheist has nowhere to go in death but to the "mankind making/Bird beast and flower/Fathering and all humbling darkness," as Dylan Thomas puts it in his astonishing poem to end all eulogies, "A Refusal to Mourn the Death, By Fire, Of a Child in London."

This non-destination makes every death an infinitely greater loss, and makes unmitigated grief the only appropriate response. In this, only the secular way of death fully honors the dead, where "better place" platitudes betray him. Thomas' paradoxically titled "Refusal to Mourn" is in fact the refusal to mitigate grief, to paper over the universe's forever-loss of singular person in gauze-promises of eternity: "I shall not murder/The mankind of her going with a grave truth."

Yes, dying may be harder for the atheist. But what I cannot understand, and reject totally, is the further claim that the life stopped short of eternity is thereby robbed of sense or worth: If it all comes to an end, what's it all for? The first thing to observe about this existential anxiety is that we can't resolve it just by postulating an eternal afterlife.

Consider the sorts of good things that might possibly await us in paradise: knowing and loving other persons (including God), being known and loved, apprehending truth, experiencing beauty (and, in the afterlife of some, fine food, drink, and other sensual delights). These goods worth wanting in the next world are goods that we already have in this one -- things like love, knowledge, beauty, and pleasure (even praising an Almighty!). If a life there is worth having, then a life here is worth having. Every treasure laid up in heaven has been stolen from Earth, and the joys of paradise are parasitic on the joys of the world.

Yes, having more joy is better than having less, all else being equal. And that is why death is a loss. It takes away the possibility of participating in any goods whatever. But that is not the same as showing them to have never been goods at all. When our participation in a good is cut short, we may wish it could go on, but the wishing is a sign that it was worth pursuing after all. The recognition that we missed out on some of its value is evidence that the value did not lose all of its sense.

Heaven can't help our existential anxiety because the anxiety is not amenable to a quantitative solution. We can't show that love or wisdom is worth having just by having more of them. "What does it all add up to?" is not answered by "n+1." You can bet your bottom dollar that if there is a heaven, and if there are any thinking persons in it, then at least one of them is at this very instant thinking, "Okay then, what's all this for?" So long as we retain our personhood in the next world, such questions may be inescapable. And insofar as we do not retain our personhood, we literally have nothing to look forward to.