Reincarnation and the Jewish Tradition 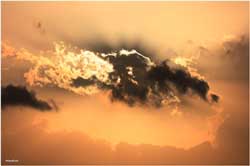 The word "eschatology" is defined in the dictionary as a branch of theology concerned with the final events of the history of the world. The truth is that eschatology is not exclusively the domain of religion. The most striking example of a secular eschatology would be Marxism: the convulsions and agonies of the class war, its evils resolving themselves into the classless society, the withering of the state, and the blissful existence ever after.

Jewish eschatology is made up of three basic pieces:

The Messiah, according to traditional Jewish sources, will be a human being born of a flesh and blood mother and father,1 unlike the Christian idea that has him as the son of God conceived immaculately. In fact, Maimonides writes that the Messiah will complete his job and then die like everyone else.2

What's his job? To end the agony of history and usher in a new era of bliss for humanity at large.3 The time period in which he emerges and completes his task is called the Messianic Era. According to one Talmudic opinion it's not an era of overt miracles, where the rules of nature are overturned. Rather the only new element introduced to the world will be peace among the nations, with the Jewish people living in their land under their own sovereignty, unencumbered by persecution and anti-Semitism, free to pursue their spiritual goals like never before.4

The Afterlife proper is called in the traditional sources olam habah, or the World to Come. However, the same term, "olam habah," is also used to refer to the renewed utopic world of the future -- the World of Resurrection, olam hat'chiah (as explained in the next paragraph).5  The former is the place righteous souls go to after death -- and they have been going there since the first death. That place is also sometimes called the World of Souls.6 It's a place where souls exist in a disembodied state, enjoying the pleasures of closeness to God. Thus, genuine near death experiences are presumably glimpses into the World of Souls, the place most people think of when the term Afterlife is mentioned.

The World of Resurrection, by contrast, "no eye has seen," the Talmud remarks.7 It's a world, according to most authorities, where the body and soul are reunited to live eternally in a truly perfected state. That world will only first come into being after the Messiah and will be initiated by an event known as the "Great Day of Judgment," (Yom HaDin HaGadol).8 The World of Resurrection is thus the ultimate reward, a place where the body becomes eternal and spiritual, while the soul becomes even more so.9

In comparison to a concept like the "World To Come," reincarnation is not, technically speaking, a true eschatology. Reincarnation is merely a vehicle toward attaining an eschatological end. It's the reentry of the soul into an entirely new body into the present world. Resurrection, by contrast, is the reunification of the soul with the former body (newly reconstituted) into the "World To Come," a world history has not witnessed yet.

The fact that reincarnation is part of Jewish tradition comes as a surprise to many people.11 Nevertheless, it's mentioned in numerous places throughout the classical texts of Jewish mysticism, starting with the preeminent sourcebook of Kabbalah, the Zohar:12

As long as a person is unsuccessful in his purpose in this world, the Holy One, blessed be He, uproots him and replants him over and over again. (Zohar I 186b)