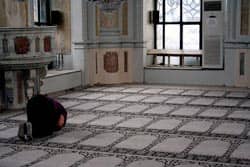 The issue of apostasy under Islamic Law (shari'ah), brought to public attention in the widely publicized case of the conversion of an Afghani citizen, raises troubling questions regarding freedom of religion and interfaith relations. [1] The Afghan State's persecution of an Afghani man who converted to Christianity in 1990 while working for a Christian non-governmental raises in the mind of many the question of the compatibility of Islam with plural democracy and freedom of religion. Although the state court dropped the case under intense outside pressure, the compatibility issue has not been resolved as the judge invoked insanity as the basis for dismissing the case. [2]

The case was presented as an example of conflict between Islam and democratic governance, but in many respects the case is rooted in, and influenced by, the forced secularization of Muslim society, and the absence of free debate under authoritarian regimes that currently dominate much of the Muslim world. [3]

The issue of apostasy, like many other issues stemming from the application of shari'ah in modern society, is rooted more in the sociopolitical conditions of contemporary Muslim societies than in Islamic values and principles. More particularly, it is rooted in the incomplete transition from traditional to modern sociopolitical organization. It is rooted in the decision of many post-colonial Muslim countries to abandon traditional legal codes informed by Islamic law (shari'ah), in favor of European legal codes developed to suit modern European societies. The new laws were enforced by state elites without any public debate, and with little attention for the need to root legal code in public morality.

Islam is the foundation of moral commitments for the overwhelming majority of Muslims, and is increasingly becoming the source of legitimacy for state power and law. Yet the post-colonial state in Muslim societies has done little to encourage debate in the area of Islamic law. The increased interest in adopting legal codes based in Islamic values leaves the majority of Muslims with outdated legal codes that were intended for societies with markedly different social and political organizations and cultures.

The apostasy controversy highlights the importance of allowing Islamic reformers more say in public debate about political and legal reforms, and demonstrates the extent to which world powers undercut cultural and religious reforms by backing autocratic regimes in the crackdown on Muslim reformers in the name of combating political Islam. To legitimize their political rule and enlist the support of religious voices, autocratic rulers often align themselves with traditional religious scholars, who embrace a literalist understanding of shari'ah and perpetuate rigid and anti-reform agenda in Muslim societies.

Traditionalist scholars have long embraced classical positions on apostasy that consider the rejection of Islam as a capital crime, punished by death. This uncritical embrace is at the heart of the drama that was played in the case of the Afghani convert to Christianity, and which will more likely be repeated until the debate about shari'ah reform and its relevance to state and civil law is examined and elaborated by authentic Muslim voices.

At the heart of the apparent conflict between Islamic and democratic traditions is a static and stagnant approach to understanding Islamic law. The conflict stems mainly from a literalist understanding of the revelatory sources, i.e., the Quran and Sunnah (the Prophet tradition), and the body of Islamic jurisprudence derived from them through the exercise of juristic reasoning. The latter includes customary traditions ('urf) incorporated by jurists into the body of Islamic Law, as well as the various inferential tools used to derive the rules of Islamic jurisprudence from their sources, such as analogy (qiyas), pubic interest (maslaha mursalah), and community consensus (ijma). With the marginalization of Islamic juristic learning and the restriction of public debate on Islamic Law by the state, and the traditionalist jurists allied with it, a literalist approach of Islamic law has become rampant in many Muslim societies.

Under such a climate, the most rigid and literalist interpretations of Islamic sources prevail, while enlightened and reformist views are suppressed and marginalized. The voices of many enlightened contemporary scholars such as those of Rashid al-Ghanoushi, Hassan al-Turabi, Jawdat Said, and others, who reject the literalist interpretation of the Islamic sources, are pushed to the side, as these individuals have been persecuted for taking critical positions against the authoritarian regimes that rule their societies.