No Garden to Get Back to: Post-Avatar Ecological Depressive Disorder 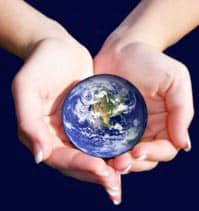 I have recently fallen victim to a new mental illness: Post-Avatar Ecological Depressive Disorder (PAEDD). Don't try to look for it in the DSM-IV; that book is full of imaginary pathologies. This one is real. My symptoms include hissing at cars, wishing I were twelve feet tall and blue, feeling a painfully nostalgic yearning to "return" to the magical world of Pandora depicted in James Cameron's latest film Avatar, and simply wanting to die as I watch Planet Earth perish all around me. I feel a bit better with each passing day, but climbing out of a sadness like this can be a daunting, arduous process.

I realize that this may seem like a strange, somewhat juvenile affliction, but before telling me to "get a life" and reminding me that Avatar is "just a movie," I'd like to try to explain how this terrible sickness befell me, how I have managed to cope with it thus far, and, seeing as how I'm not the only one suffering in this manner, I'd like to address what I believe to be the implications of PAEDD for society at large.

For those predisposed to the disorder, PAEDD is triggered by two directly related, yet violently dissonant events: 1) Watching the movie Avatar and 2) leaving the theater. Below is a realistic dramatization of how this disease might typically seize hold of a person.

You enter the theater, Avatar begins, and you are catapulted with an almost entheogenic force into the world of Pandora, a verdant moon throbbing with transcendent beauty. Pandora is inhabited by a species of sapient humanoids known as the Na'vi. The Na'vi -- twelve feet tall, big-eyed, blue-skinned, beautiful -- move through their forested biosphere like dolphins cutting through open ocean. Their home is alive; the entire ecosystem of Pandora is permeated by the sacred energy of Eywa, a silent, Gaia-like deity who is as ethereal as she is organic.

All beings on Pandora commune with Eywa, and each other, by physically plugging themselves into the interconnected web of life that encompasses the entire moon. When you hug the trees, the trees hug you back. Although most everything seems to be trying to kill you on Pandora, the exhilaration of survival is so pure that you begin to wonder how true human freedom is possible without it. Through the power of James Cameron's special-effects sorcery, you lose yourself in the hypnotic colors and cadences of this majestic new world, ego subsumed in bioluminescent wonder, sense of self humbled and transformed by an enchanting, nurturing, all-encompassing immanence.

Then the lights turn on in the theater, and you find that your sneakers are sealed fast to a Pepsi-sticky floor. You exit the building, and step out not onto pure soil, but filthy, ungodly concrete, littered with cigarette butts and plastered with rotten splotches of discarded chewing gum. Fumes from arrogant cars fill your lungs, and the snow on the ground is leprous with oil and other toxins from off the street. Metal is everywhere, you're standing in a strip mall, and tomorrow, you recall, you will have to go sit in a gray cubicle for eight hours, withering under the stuttering rays of fluorescent lights. The Earth is vile, human beings are worse still, and Eywa is nowhere to be found.

Suddenly, the heart-wrenching words of Jake, Avatar's narrator and male lead, echo in your ears: "Look at the world we come from. There is no green there. They killed their Mother, and they're going to do the same thing here." In that instant, you realize that something is horribly wrong with everything.

Epiphany and counter-epiphany collide in your mind: the film has inspired you to believe that somewhere in your spirit you, like the Na'vi, have a "port" that is intended to connect with nature, but as you frantically search your surrounding environment, you simply don't know where to plug this port in. You long to commune with a holy, green, transpersonal home, but you realize that you are destroying the closest thing you've got to that. It's time to get back to the garden, your spirit whispers to you, but there is no garden, it appears, to get back to, and, what's worse, it's all your fault.

As symptoms of PAEDD intensify, what was once considered merely unsustainable becomes unendurable. What was once irresponsible now seems intolerable. As you yearn to see yourself as an integral part of the dynamic planetary system around you, you are suddenly awakened to the fact that your corporeal spirit is mingling with garbage. You have profaned your home planet, your life, and, quite possibly, your afterlife, for you now imagine your body buried in a cemetery next to a bunch of strangers on the side of the highway, with unknown chemicals seeping into your coffin like grave robbers.