A special thanks to G-dcast for the weekly parasha cartoon.

"Be strong, be strong, and may we be strengthened!"

(We just finished the book of Shemot/Exodus! We say this phrase when we finish a book of Torah. Now that wasn't so hard, was it?)

On this Shabbis we read the additional portion of HaChodesh. This year, this Shabbis falls just before the month of Nissan begins (on March 16th). This Shabbis is called Shabbat HaChodesh. Nissan is the first month of the Jewish year.

But back to Shabbat HaChodesh.  The month of Nissan is when Pesach (Passover) occurs. Additionally, G-d taught us how to sanctify the new moon and the beginning of our months. Thus began the Rosh Chodesh celebrations that are traditionally the women's domain.

We read HaChodesh to get us in the Pesach mood. We have to start preparing for Pesach and cleaning out the chometz (bread or leavened items). HaChodesh consists of Exodus 12:1-20 where G-d is talking to Moshe two weeks prior to the Exodus from Egypt.

G-d tells us to set a calendar with Nissan as our "head of months" and tells us to bring the Passover offering and eat it with matzah and bitter herbs. G-d also tells us that we must refrain from eating leavening for seven days, thereby observing Pesach.

Note: Since this year is not a leap year, thereby adding four to five extra weeks of time to read the parashot, we combine several to fit all 55 weeks of Torah portions. Hence the combination here of Vayak'hel and Pekudei. 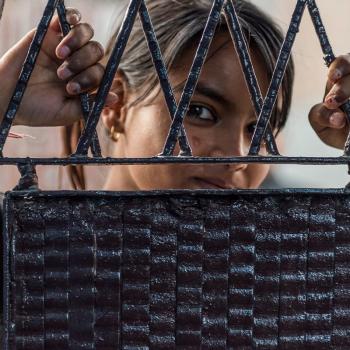 Podcast Ep. 384: The Shocking Lawsuit Against Liberty U.
Hemant Mehta
Get Patheos Newsletters
Get the latest from Patheos by signing up for our newsletters. Try our 3 most popular, or select from our huge collection of unique and thought-provoking newsletters.
From time to time you will also receive Special Offers from our partners that help us make this content free for you. You can opt out of these offers at any time.
see our full list of newsletters
Editor's picks See all columnists