Something Borrowed, Something Blue: Avatar and the Myth of Originality 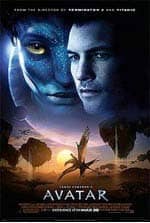 In his New York Times article, Dave Itzkoff outlined the many ways in which James Cameron's Avatar has been praised and/or condemned, the ways viewers have interpreted the movie as an allegory for this or that, the way it might even serve as a "Rorschach test for your personal interests and anxieties." Indeed, it is a curious phenomenon. Not unlike staring at the clouds. But, how and why does Avatar evoke such a variety of responses?

Avatar does the same things traditional mythologies do: it begs, borrows, and steals from a variety of longstanding human stories, puts them through the grinder, and comes up with something new. In modern parlance, art, movies, and myths are "mashups," achieving their goals through the same processes that promoted the iPod to ubiquity: rip. mix. burn. All great artworks, all lasting mythologies, even new technologies, operate in the same way: there is nothing new under the sun. Meanwhile, it is up to the viewers to respond, to make meaning out of a mashup.

The process of reappropriation does not make any of it lesser art; for it is precisely the mixing and merging of influences that interfaces with a larger tradition, knows where it comes from, where it is, and where it is going. The writers of Genesis borrowed from Babylonian and other Ancient Near-East stories of the creation of the cosmos, reusing it for their own emerging monotheistic society. Over a millennium later, the writer of the Gospel of John proclaimed, "In the beginning was the logos/Word," a phrase appropriated from the ancient Hebrew tradition ("In the beginning God created..."), mixed it with a Greek philosophical understanding of the logos that was crucial for Heraclitus and Plato, and interlaced the older stories with the newly-arisen notion of Jesus of Nazareth as the Christ/Messiah.

Before Avatar's mythological borrowing there was The Matrix (a pastiche of Christian, Buddhist, and "Hollywood" mythologies), Star Wars ("The Force" is the "Tao," Obi-Wan Kenobi is a bodhisattva), The Legend of Bagger Vance (a retelling of Krishna and "R. Juna" from the Bhagavad Gita), and nearly every recent Disney and Pixar animated film from The Little Mermaid to Shrek, Cars to Finding Nemo -- hero stories all. The birth of the Disney Corporation itself, and of the cartoon mouse later named Mickey, began with the success of Steamboat Willie (1928), a film borrowed wholeheartedly from the great Buster Keaton film Steamboat Bill from earlier that year. Likewise, Shakespeare's King Lear is a retelling of an older Celtic legend, which is then recreated on film in a Japanese setting in Akira Kurosawa's Ran and in the Chinese setting of Ang Lee's Eat Drink Man Woman. In a further turn, Lee's film is rearranged into the Latino-oriented Tortilla Soup, and the African-American-centered Soul Food.

On another scale, the television series "Lost" could easily be renamed "The Lord of the X-Files," as it is a reinvention of William Golding's 1954 novel Lord of the Flies, mixed with "X-Files" intrigue (and frustration), a bit of "Gilligan's Island," and populated by a character list of Who's Who in Philosophy: John Locke, Desmond "David" Hume, Rousseau, and George W. Bush's favorite philosopher, Jesus (as Jack "Shephard"). Or consider the cast of "30 Rock" as a reinvention of "The Mary Tyler Moore Show": Liz Lemon=Mary Richards; Jack Donaghy=Lou Grant; Pete Hornberger=Murray Slaughter; Tracy Jordan + Jenna Maroney=Ted Baxter.

These cultural products are not only regenerative, re-creative, and imaginative, they have the advantage of using tried and tested stories. Moreover, it's not simply the tale, it's the telling, and retelling. The task of the teller of the renewed tales is to demonstrate how relevant these stories continue to be in contemporary settings. For '70s viewers, "The Mary Tyler Moore Show" had deep social implications as women assumed an increasingly vital role in the U.S. workplace of culture and ideas. "30 Rock" picks up the thread forty years later, in a decade continuing to negotiate feminist concerns: Liz Lemon (played by Tina Fey, "30 Rock"'s creator) is smart, funny, in charge -- just as Mary was -- but Liz wants a child, with or without a partner, something that barely crossed the mind of MTM's creators.