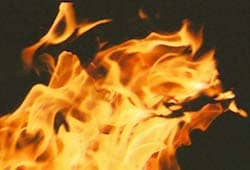 Throughout history man has always had a deep attraction for the supernatural and the unseen.  The existence of a world parallel to our own has always fascinated people.  This world is commonly referred to as the spirit world, and almost every set of people have some concept of one.  With some people, these spirits are no more then the souls of dead people or ghosts.  With others, spirits are either the forces of good or the forces of evil, both battling against one another to gain influence over humanity.  However, both of these explanations are more in tune with folk tales and fantasy.  The true explanation of such a world comes from Islam.  Like every other way, Islam also claims to explain this realm of the unseen.  It is from this realm that Islam explains to us about the world of the Jinn.  The Islamic explanation of the Jinn provides us with so many answers to modern day mysteries.  Without the knowledge of this world, the Muslims would become like the non-Muslims and be running around looking for any old answer to come their way.  So, who or what are the Jinn?

The Jinn are beings created with free will, living on earth in a world parallel to mankind.  The Arabic word Jinn is from the verb Janna, which means to hide or conceal.  Thus, they are physically invisible from man as their description suggests.  This invisibility is one of the reasons why some people have denied their existence.  However, (as will be seen) the affect that the world of the Jinn has upon our world is enough to refute this modern denial of one of God's creation.  The origins of the Jinn can be traced from the Quran and the Sunnah.  God says:

"Indeed We created man from dried clay of black smooth mud.  And We created the Jinn before that from the smokeless flame of fire" (Quran 15:26-27).

Thus the Jinn were created before man.  As for their physical origin, then the Prophet, may the mercy and blessings of God be upon him, has confirmed the above verse when he said:

"The Angels were created from light and the Jinn from smokeless fire." (Saheeh Muslim)

It is this description of the Jinn that tells us so much about them.  Because they were created from fire, their nature has generally been fiery and thus their relationship with man has been built upon this.  Like humans, they too are required to worship God and follow Islam.  Their purpose in life is exactly the same as ours, as God says:

Jinn can thus be Muslims or non-Muslims.  However, due to their fiery nature the majority of them are non-Muslims.  All these non-Muslim Jinn form a part of the army of the most famous Jinn, Satan [1].  Consequently, these disbelieving Jinn are also called devils.  Jinn also become Muslims, as they did in the time of the Prophet when a group of them were amazed by the recitation of the Quran.  God orders the Prophet to tell the people of this event:

"Say (O' Muhammed): It has been revealed to me that a group of Jinn listened and said; ‘Indeed we have heard a marvelous Quran.  It guides unto righteousness so we have believed in it, and we will never make partners with our lord'"(Quran 72:1-2).

In many aspects of their world, the Jinn are very similar to us.  They eat and drink, they marry, have children and they die.  The life span however, is far greater then ours.  Like us, they will also be subject to a Final Reckoning by God the Most High.  They will be present with mankind on the Day of Judgment and will either go to Paradise or Hell.

That which clearly distinguishes the Jinn from mankind are their powers and abilities.  God has given them these powers as a test for them.  If they oppress others with them, then they will be held accountable.  By knowing of their powers, we can often make sense of much of the mysteries that go on around us.  One of the powers of the Jinn is that they are able to take on any physical form they like.  Thus, they can appear as humans, animals, trees, and anything else.  Thousands of people have sighted strange looking creatures all over the world, and it seems more plausible all the sightings of such creatures may have been Jinn parading in different forms.