Before and After the Interfaith Wedding

Although intermarriage was not common in the first half of the 20th century, since the 1960s the number of American Jews married to non-Jews has risen quite dramatically. In fact, the 2001 American Religious Identification Survey, conducted by the Graduate Center of the City University of New York, concluded that more than one-fourth of Jewish adults in America are members of interfaith families. What was once considered a traditional Jewish family -- two Jewish parents and their children -- is no longer the norm. 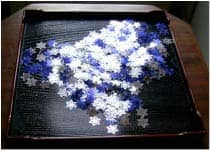 Citing statistics, though, provides little insight into the challenges interfaith couples confront as they navigate the terrain of Jewish life. The decision to marry may be the easiest step when set against the necessary choices that follow: the wedding ceremony, familial religious observances, relationships with in-laws, synagogue membership, and children's religious affiliations.

Prior to the Wedding

Not surprisingly, many interfaith couples find it extremely difficult to discuss their religious differences in much depth, especially after they decide to tie the knot. They worry that what starts as a passionate debate may disintegrate into a heated argument that threatens their survival as a couple.

One painful topic of discussion is the response of each partner's parents and siblings. Even though both partners have accepted one another, gaining familial approval and tolerance can be an entirely separate matter. Many Jewish parents feel they have failed in some way if their child marries out of the religion -- as if they have not done their part in ensuring Jewish survival. This can happen even in the least religious families, often surprising the Jewish partner, who did not fully appreciate his or her parents' convictions.

Another concern is the religion of potential children: Should the children be Jewish or Christian, for instance, or some combination of the two? Which holidays will the family celebrate, and how can they avoid offending their respective families?

A third issue is very personal: Should one partner consider conversion to the other spouse's religion? The question gets more complicated if neither partner is particularly religious but both feel a strong attachment to aspects of their own culture or heritage. Indeed, sometimes that connection becomes all the more tangible in light of the commitment to marry.

Perhaps the easiest solution for some couples is to plan a civil marriage ceremony led by a judge or justice of the peace. Difference in religion is then not a divisive issue.

An interfaith couple planning a Jewish-style wedding, however, faces a number of obstacles, the first and foremost being that the majority of rabbis will not officiate at interfaith ceremonies. A Jewish wedding is by definition sectarian -- its pivotal sentence requires the groom to marry the bride "according to the laws of Moses and Israel." If one partner is not Jewish, those laws don't apply, and the marriage is invalid in the eyes of halakhah [Jewish law]. Yet even if a rabbi explains this rationale clearly and sensitively, it is very hard for a couple not to feel a sense of rejection.

Some alternatives exist, however, for couples who wish to incorporate elements of Jewish tradition into their wedding ceremonies. Some Reform, Reconstructionist, Renewal, and unaffiliated rabbis do officiate at interfaith weddings, usually if the couple makes a commitment to create a Jewish home. A few rabbis will co-officiate with a religious leader of the non-Jewish partner's faith. A third option is to have a friend petition to be deputized for the day to perform the wedding ceremony. (It is not legally necessary to have a rabbi officiate at a Jewish marriage, although this is by far the most common practice among Jewish couples.)

Rabbis of all the movements officiate when the non-Jewish spouse converts. However, this is a long and painstaking process that cannot be undertaken only for the sake of the marriage. Rather, most rabbis insist that the non-Jewish partner study over a lengthy period of time and very carefully consider his or her decision.

Interfaith couples also face many choices regarding the content of their ceremonies and the style of their wedding receptions. Some write or purchase documents resembling ketubot (Jewish marriage contracts) that reflect their commitment to each other. Others work with clergy to incorporate into the ceremony both religious traditions, or at least religious language that is common to both faiths. Some couples include aspects of each culture in their receptions, choosing music or rituals that help both sides of the family to feel included.