The challenge of an interfaith marriage begins with the decision to love. It is a decision that immediately puts the couple outside the traditional system, forcing them to carve a space of their own, often a space in which they are on their own.

The courtship, more often than not, is conducted clandestinely. Inevitably there is family opposition, and, when the Catholic Church is involved, often there is no welcoming smile. It is ten years now since I went through it all, but when I look back I still feel the pain. I was warned that there was a high failure rate in interfaith marriages. (True, perhaps, but to date no statistics are available.) Further, I was advised to marry under the Special Marriage Act (which has "mutual consent" as a ground for divorce), so that we could easily avail ourselves of a civil divorce should things go wrong. (Pragmatic advice, no doubt, but insensitive. And I couldn't help wondering if entering into marriage with divorce in mind was not grounds for "defective consent"!) Finally, I was given a form to sign that used the words of the outdated Code of Canon Law, making me promise to baptize my children unconditionally, a deviation from the existing code which requires the Catholic partner to promise "to do all in his or her power in order that all the children be baptized." When I questioned this, I was told that this policy was laid down by the local bishop to dissuade interfaith marriages.

The wedding ceremony itself poses a challenge. Each family wants its own religious rite, and the Catholic Church insists on a church wedding. As a result, what normally marks the coming together of two families can become the first sign of division.

On the personal level, preparations for the big day are clouded by uncertainties. Although I loved Kalpesh, I remember having many fears. Would I fit into a culture that my western upbringing saw as inferior? Was I willing to accept the joint family and the loss of self it entailed? How would I cope in a community where women were mostly confined to the home? with a different language and strange food and cultural customs? How would our two families adjust to each other?

Then there were the religious expectations. How would I work out the baptism of our children? Despite the reassurances of Kalpesh and his parents, practice of my own religion was in question. I kept imagining myself being marginalized in a Hindu majority. Perhaps Sunday mass would become a mere inconvenience. Maybe I would have to play down religious celebrations. As the first bahu in a household without daughters, I would have certain religious responsibilities. Would that affect my religious affiliation? What kind of family prayer could I look forward to?

One saving grace was that there was no mention of conversion. Not all couples are so lucky. Often Catholic families will insist on the conversion of the non-Catholic partner. Alternatively a Catholic woman by virtue of her second-class status may be expected to embrace her husband's religion as part of her new life with him. It is my belief that this bid to convert stems from an inability to understand the saving grace of God in other religions. It also reflects a fear of losing one's religious identity, for by crossing religious frontiers interfaith marriages seem to question existing religious boundaries. And of course there is the "power" issue, for interfaith couples enter into religious territory that often is outside the control of religious authority in society and in the home.

New boundaries call for new religious identities, ones that the couple has to define for themselves. When two religions are involved, the old formulas don't work any more. Every familiar ritual and tradition is strange, sometimes even offensive, to one partner. God has to be discovered afresh. Often there is no family or community support. On the contrary, there are many "watchful eyes" waiting to say, "We told you it wouldn't work."

Some may see these as problems, or may even use them to exploit more basic differences in a relationship. For those who dare to search, however, an interfaith marriage is a challenge that never fails to enrich, especially if the partners continue to respect and nurture each other's uniqueness. The key is love, and trust in the Spirit who is an inexhaustible source of energy that continuously makes all things new.

Love and the Spirit have opened many doors for Kalpesh and me. They came in the guise of supportive friends who helped us to explore the challenges ahead, brought about healing and reconciliation, and gave us the gift of a wedding ceremony we will never forget. They were there in the response of our families who were challenged to move beyond their own desires. And sacrament or not, they were there in our midst as our two families took up the offertory gifts, as the Pandit invited my mother to give us her blessings, as Kalpesh and I took the seven pheras around the sacred fire and exchanged rings and sacred vows at the altar. They have wrought a miracle in our lives. 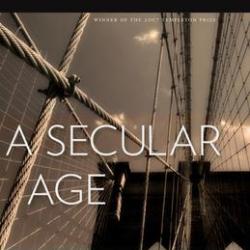 2 Books Every Pastor Must Read; Or Really, Really Should
Anthony Costello
Get Patheos Newsletters
Get the latest from Patheos by signing up for our newsletters. Try our 3 most popular, or select from our huge collection of unique and thought-provoking newsletters.
From time to time you will also receive Special Offers from our partners that help us make this content free for you. You can opt out of these offers at any time.
see our full list of newsletters
Editor's picks See all columnists