Getting Married in Israel

Diana Mirtsin and Alexander Skudalo, Israeli citizens who emigrated from the former Soviet Union, live together, with their baby, in Tel Aviv. Very much in love, they would like to marry -- but they cannot make it official in Israel. This is because the Israeli rabbinate does not recognize Alexander as Jewish; though his father is Jewish, his mother is not. Diana points out the irony in their frustrating family situation: "If there is a war tomorrow, he'll be Jewish enough to fight for Israel. But he's not Jewish enough to marry here."

According to the country's law, marriages in Israel can only be performed by sanctioned religious authorities -- be they Muslim, Jewish, Druze, or Christian.

Because of this policy, a significant portion of the Israeli population, like Alexander Skudalo, cannot marry in Israel. The Law of Return grants anyone with at least one Jewish grandparent, and his or her spouse, the right to immigrate to and settle in Israel and gain automatic citizenship. But the Israeli rabbinate will only perform the marriage of a person defined as Jewish by Orthodox halakhah -- in other words, someone born to a Jewish mother or converted through the Orthodox rabbinate.

As a result, thousands of immigrants admitted to Israel under the Law of Return cannot marry in Israel, because the Israeli rabbinate does not recognize them as Jewish. Since these people are also not affiliated with any other religion, no other religious authority can marry them. In 2009, there were over 300,000 Israelis, mostly emigrants from the former Soviet Union, who were not recognized as Jewish by Israel's rabbinate, and who had no other religious affiliation. This group includes people whose mother is not Jewish, as determined by the rabbinate, but might have a Jewish grandparent or Jewish father, and might be considered Jewish by other standards.

The Israeli rabbinate will also not perform marriages prohibited by Jewish law. An interfaith marriage cannot take place in Israel, because each of the sanctioned religious authorities in the state will only marry two people who both belong to that religion. A kohen, a man of priestly lineage, cannot marry a convert or divorcee. A halakhic mamzer, someone born of an adulterous or incestuous relationship, cannot marry anyone other than another mamzer. A woman whose husband cannot or does not grant her a Jewish divorce also cannot remarry.

Jewish Israelis who cannot or do not wish to marry through the Israeli rabbinate must explore other options. Since the Israeli population registry recognizes civil marriages performed abroad, a growing number of Israelis are marrying in civil ceremonies outside Israel, and circumventing the rabbinate altogether.

Cyprus, a relatively convenient locale near Israel, is a particularly popular marriage destination for Israelis. Israelis who also hold citizenship in another country have the option of marrying civilly at that country's consulate in Israel. And some Israelis who wish to have a religious wedding, but do not want it to be Orthodox, marry in a Reform or Conservative ceremony either overseas or in Israel, but also have a civil marriage outside of Israel.

Many Israelis find these solutions problematic, and advocate for the institution of civil marriage in Israel. Former president of the Israeli Supreme Court, Aharon Barak, argues that the right to marry and build a family is a fundamental human right and is essential to human dignity. But many religious Zionist leaders and most, if not all, ultra-Orthodox Israelis, including the ultra-Orthodox political parties United Torah Judaism and Shas, disagree.

From slightly less than seven years ago
Dan Peterson
3 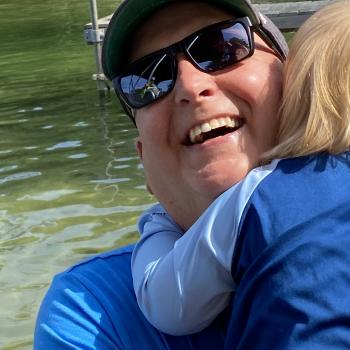 Watch for Eucatastrophes
Gene Veith
Get Patheos Newsletters
Get the latest from Patheos by signing up for our newsletters. Try our 3 most popular, or select from our huge collection of unique and thought-provoking newsletters.
From time to time you will also receive Special Offers from our partners that help us make this content free for you. You can opt out of these offers at any time.
see our full list of newsletters
Editor's picks See all columnists