By My Jewish Learning 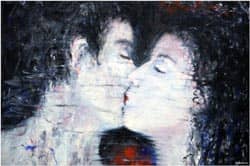 Judaism considers sex natural and holy, though not without boundaries. In the famous words of the Iggeret HaKodesh (The Holy Letter), a 13th-century treatise on sexuality often ascribed to Nahmanides, "One should know that sexual union is holy and pure when it is done as it should be, at the time it should be, and with proper intent."

Traditionally, Judaism only approves of sex between a husband and wife. The first commandment in the Torah is "Be fruitful and multiply," and procreation is one of the reasons that sex is considered holy. Contraception is problematic because it interferes with the religious obligation to procreate; nonetheless, it is not absolutely prohibited.

Traditional sources on sex tend to address men only, and the Talmud understands the commandment to procreate as a legal obligation specifically for men. Thus Jewish authorities are more lenient with female contraception, like the birth control pill.

Judaism recognizes the importance of sexual pleasure and companionship for its own sake as well. The Torah requires that a husband fulfill his wife's need for intimacy. Exodus 21:10 lists marital intimacy as one of three basic things that a husband must provide to his wife (the other two are food and clothing). Laws governing sexual relationships are detailed in the Talmud. In fact, one of the most extensive of the six sections of the Talmud, Nashim (literally, "women"), is devoted to explicating the laws of sex and marriage, often with incredible detail. For example, the Talmud provides a detailed schedule for men's conjugal duties, organized by profession. While a man of independent means is obliged to sleep with his wife every day, a camel driver is only obligated once in thirty days, and a sailor once in six months. That being said, a woman is allowed to reject her husband's sexual advances, and Judaism forbids a man from pressuring his wife sexually.

There are, however, traditional restrictions on marital sex. Jewish law prohibits sex during menstruation. Though the Torah only prohibits intercourse during this time, later rabbinic authorities prohibited all physical contact. These restrictions apply for the seven days following a woman's period and extend until she has immersed in a mikveh, a ritual bath. This category of laws is often referred to as Taharat HaMishpacha, or "family purity," and though they have fallen out of favor with most contemporary Jews, many women -- both liberal and traditional -- are rediscovering and reinterpreting these laws to suit modern sensibilities.

The prohibition against having intercourse with a menstruating woman (known as a niddah) is stated in Leviticus 18. This chapter contains an extensive list of other inappropriate sexual relationships, including incest and bestiality. The prohibition against adultery, of course, is one of the Ten Commandments listed both in Exodus 20 and Deuteronomy 5. Rape is treated in the Torah and later rabbinic writings as a monetary offense, perpetrated as much against the father of a rape victim (who ultimately will receive less of a dowry) as it is for the woman herself.

Despite the holiness of sex, rabbinic tradition often associates the sexual drive with the yetzer hara, the evil inclination. Paradoxically, however, the evil inclination isn't all that bad; it can be harnessed for productivity and holiness. Indeed, according to a famous midrash, "Were it not for the yetzer hara, no man would build a house, marry a wife, or beget children."