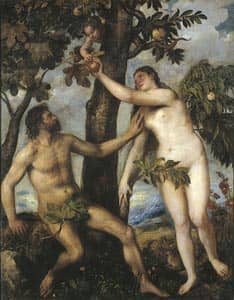 Like any Catholic college, mine boasts an ethic of sexual abstinence for students, does not allow any form of birth control to be distributed on campus, and has same-sex residence halls that post visiting hours for members of the opposite sex. Yet most students will tell you, if asked in the right setting, that there is a gap between the ideal and the reality when it comes to sex.

The overwhelming pressure toward promiscuity and the prevalence of "hook-up" sex became clear during a course I taught called "Dating and Friendship." After reading through Joshua Harris's I Kissed Dating Goodbye and Lauren Winner's Real Sex, students found the courage to look the hook-up ethos in the face. Sex became a topic of conversation within the classroom and outside it. Students were saying: We're not happy with the sexual ethic here. We want to integrate spirituality into our dating lives. We live in a community that professes one thing and practices another, and we need to talk about this.

The students also asked: How can we change things? Their answer was to publish a one-issue, one-time newspaper called Dateline SMC, devoted to addressing the realities of "sex, love, intimacy, hooking up, dating, and other relationships found on campus" through a "deep and mature conversation "with the Christian faith in mind and an eye toward reestablishing abstinence as a value and practice among students.

Like Winner, my students began with autobiography and then crept as best as they could toward theology. They told of their "walks of shame" back to the dorm, and of losing their virginity and wishing they could turn back the clock. One student bemoaned that "the bottom line is: sex sells and we buy it." Another confessed that she'd "been thinking a lot about intimacy lately, and wondering if [she was] any good at it."

One article, titled "Drink, If You've Done It in the Road," discussed a popular drinking game on campus that celebrates public sex. As a freshman, the author had watched her friends confess, between gulps of beer, to having sex on pool tables and in people's yards. "A virgin at the time," she wrote, she left the party "humiliated."

Another story, headlined "Weekend Cinderellas," described the weekend hook-ups that come with a Monday expiration date. She told of young women who wake up "to find that [their] loose approximation of Prince Charming was drooling all over the pillow," and how they regretted the night before, realizing that after the "spell is broken, and everything is as it was before," each goes his or her separate way as if nothing happened. She urged students to stop settling for weekend hook-ups.

Every article expressed confusion over how to reconcile sexuality and dating practices with faith, yet also the desire to integrate the two. They called on our community to take an honest look at how it deals with (or avoids) talking about sex.

As the campus reacted to the newspaper, in the faculty lounge, in classrooms, in the hallways and in the residence halls, I realized how powerful student voices can be. While some individuals responded with shock at the alleged level of promiscuity in our community, most were grateful for the honest conversation. Faculty members from various departments devoted class time to discussing Dateline SMC. First-year students talked about how liberating it was to hear juniors and seniors say that it was "OK to say no" to sex and that virginity is a virtue.

Winner argues that sexual formation is a community responsibility, not a private matter. It is everyone's job to draw sex from the darkness of student dorm rooms into the public spaces of classrooms and church communities so young people aren't left alone as they attempt to understand Christian teachings in a culture adept at "selling" sex.

Donna Freitas, formerly a teacher at St. Michael's College in Colchester, Vermont, is a visiting scholar of religion at Boston University. She published Sex and the Soul with Oxford University Press in 2008. This article appeared in The Christian Century, June 14, 2005, pp. 29-31. Copyright by the Christian Century Foundation; used by permission.  It also appeared at religion-online.org.