What Is Sex For? 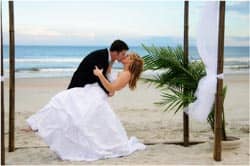 There are two possible answers to the question of what sex is for.  The first, probably more obvious one -- at least to many modern people -- is that it arises out of a basic biological urge, and that people find lots of interesting ways to satisfy it.  This is what I'll call the Kinseyan answer, named of course after the biologist Alfred Kinsey whose landmark publications in 1948 and 1952 (on the sexual behavior of men and women, respectively) were based on interviews about actual sexual behavior, rather than theories or moral reasoning.

The other answer I'll call the Aristotelian one, because the 4th-century B.C. Greek philosopher Aristotle was fascinated with the broader question of how people make choices about how to live.  He suggested that all human choices, including sexual ones, aim at some good, and that with practice people are able to secure the good more effectively.

In short, the difference between the Kinseyan answer and the Aristotelian answer is that Kinsey's answer is descriptive, while Aristotle's answer is prescriptive.  Kinsey described the many ways men and women have sex; Aristotle prescribed growth in the virtues for a happy friendship and a happy life.  Sex may bring pleasure, he recognized, but a string of pleasures is very different from a happy life.

Which of these approaches is better?  I am persuaded that while both are true on some levels, a form of the Aristotelian approach is necessary in the big picture, and that the Kinseyan approach can flourish only if we get the big picture right.

Further, with this approach the most vulnerable people are likely to get hurt: those who lack social capital (like good looks or money), those who have been harmed in the past, those who don't want to play the game, and those who are not adults.  And while the Kinseyan approach feels like liberation from tired rules around sex, its effect has been to replace old rules with new and perhaps even more oppressive ones -- rules about who's attractive and who's not.  Even from a feminist perspective, the Kinseyan approach has emerged as problematic.  I'm thinking in particular of Ariel Levy's bookFemale Chauvinist Pigs and similar books and blogs that point to how the Kinseyan approach has attempted to level the male-female playing field, but has in effect ramped up the competition by making everyone into a sexual commodity.  We're all "players" now.

A more contemporary Aristotelian approach, I think, is rooted in a different starting point than even Aristotle would have acknowledged.  For him, sex among people was rooted in the same basic phenomenon he saw in animals: reproduction of the species.  And while it's wrong to discount the truth of that observation, it is nevertheless possible to begin with a different observation that is equally true, and yet more aware of the Kinseyan approach.

It's this: sexual desire turns us outward to other people, and it can help bring joy.  We experience it as a longing for the touch of another.  And in that respect, it serves both a personal and a social good.  The fundamental flaw I see in the exclusively Kinseyan approach is that it only partially explores the contours of the personal good (sex as pleasurable in lots of interesting ways), but it almost entirely ignores the social good.  The Aristotelian approach is, in a word, more expansive, because it reminds us that the possibilities of sex are not limited to our own bodily functions.

What is the social good?  I suggest that it helps the human family overcome the fundamental divide (in Latin, sexus) in the human condition, that between men and women.  Rightly understood, it can orient us outside of our own subjectivity, our own selfishness, our own desires, our own self-understanding.  It can help us to see our enfleshed selves as capable of reaching out to another in love, offering ourselves as shelter and comfort to another, working with another to build a life and even (sometimes) to create a new one.