An Entree Into Shavuot: The Ritual Feast

The taste and smell of food combines with ritual, text, and song to create what Victor Turner, the great scholar of religion, called communitas. Jews have developed a unique ability to foster communitas around our sacred feasts. 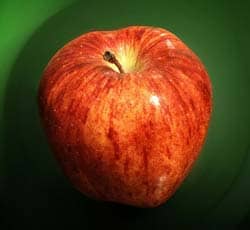 The Passover Seder tells its great story of the liberation from slavery through its unique foods. The matzah (unleavened bread) and the maror (bitter herb) impart a sensory reality of the experience of slavery that everyone at the Seder can remember long after it is over. The taste and smell of the food combines with ritual, text, and song to create what Victor Turner, the great scholar of religion, called communitas. Jews have developed a unique ability to foster communitas around our sacred feasts. Part of my creative inspiration is to expand this Jewish genius for the sacred storytelling feast by renewing or creating Seders for other festivals in the Jewish year. The way I do that is to place at the center of the meal symbolic foods that tell a story about a central theme of that festival. These foods and the texts associated with them provoke discussion and inspire the imagination to appreciate the festival in new ways.

This year we are gathering together for a Shavuot Seder, an original celebration tied to the more traditional festival meal held on any biblical festival during the Jewish year. What makes this event original is the use of symbolic foods we have assembled to tell a story about Shavuot and to associate special tastes to its celebration. My creative partner, Emily Moore, a Seattle- based chef specializing in Jewish traditions, and I have carefully chosen foods that highlight the traditional theme of the festival: the giving of the Torah on Mount Sinai. We have also added a food associated with the reading of the Book of Ruth that reinforces a central idea tied to the giving of the Torah-covenant (Brit).

The Seder plate for Shavuot is populated with an apple, multiple types of honey, olive oil, labna and milk, and crackers made from barley along with six barley grains. Each food is tied to a text that illuminates a dimension of the giving of the Torah. The texts are read and discussed and the foods are then enjoyed. Here is a brief description of some of the foods and texts that make the Seder.

The Seder opens with the apple, which is referred to in the Song of Songs, 8:5: "Who is this that comes up from the wilderness, leaning upon her beloved? I awakened you up under the apple tree; there your mother was in labor with you; there she who bore you was in labor." A Midrash (legend) in the Talmud comments on the verse: "'Under the apple tree I awakened you...' This refers to Sinai. Why is it compared to an apple tree? Because just as an apple tree produces its fruit in Sivan, so the Torah was given in Sivan."

We turn to the honey next and chant the verse from Psalm 119:103. "How sweet are your words to my taste! Sweeter than honey to my mouth!" Honey and apple dipped together with a blessing recited.

In the Torah, the giving of the Torah is depicted as a very frightening experience. Why does later tradition reframe the Torah as sweet? Is Torah a burden or a gift?