Can Homosexuals Be Christians? 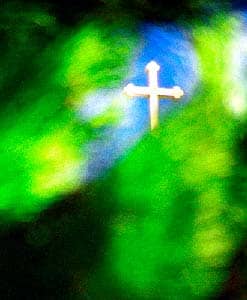 As a minister and teacher of theology, I am often asked: Is there such a thing as a "homosexual Christian"? Many believe that a person who engages in a homosexual lifestyle is necessarily excluded from the Kingdom of God until they repent. Repentance here would mean a change of thinking about the homosexual lifestyle and taking action to change it. In other words, some will say, while homosexuals can be saved, their salvation must guarantee their change of lifestyle within a short period of time.

While I agree with those who say that homosexuality is a sin (Lev. 18:22, 20:13; Rom. 1:27; 1 Cor. 6:6; 1 Tim. 1:10), I do not believe that it is outside the realm of a believer's carnality. Neither do I believe that the individual who practices homosexuality through an entire lifetime is necessarily excluded from the Kingdom of God. While I do not endorse homosexual behavior or relativize its standing before the Lord, I believe that we who are not tempted by same-sex desires often fail to see the seriousness of the struggle experienced by those who are.

Sexual sin and temptation is part of everyone's life. We are born with a drive toward fulfillment of this God-given part of our humanity. Some will deny this drive because of God's calling upon their lives (e.g., singleness). Yet sin has corrupted this drive and we are all born infected with sin. Because of upbringing, genetics, cultural influences, and other factors, people will experience this corruption in different ways and to greater and lesser degrees.

I personally have never felt any inclination toward expressing my sexual corruption in a way that was focused on the same sex. Why? Not necessarily because of good choices I have made, but because the genetics, upbringing, and influences were not there. This does not make me more innately righteous than the homosexual. Sin has certainly infected my sexual desires, but they have never been desires for the same sex.

I thank God that this is the case because I know that whatever sinful bent I have, it will sometimes get the better of me. I also know that I will not be alleviated of my sinful inclinations until the restoration of my body at the resurrection. I just have to do whatever I can to master it until then. I can identify with sinners because I am one. I can identify with those who have a bent, because I have one. Actually, I have many. Therefore, when I see someone giving in to the bent of homosexuality, I am saddened. My heart goes out to them because their problem is essentially the same as mine.

Now, back to the question of the hour. Can homosexuals be Christians? This is really a theological question that evidences a lack of understanding about sin and redemption. It reveals a major misconception about the nature of sin, placing homosexuality in its own category because of its depraved nature. While I do believe that homosexuality is a worse sin than many others (not all sins are equal, in spite of what some would have us believe), I don't believe that those who have that bent should be seen differently than others.

Some could respond that homosexuals, in order to be Christians, must be in the process of overcoming this sinful behavior. In other words, they must have consistent and perpetual victory over this bent. While I agree that homosexuals can and often do have victory over this bent, to the point where they redeem themselves completely from this lifestyle, I don't necessarily think this will always happen. Let us consider ourselves. In my lifetime, there are some bents that I feel I have had victory over, but in some cases I am still caught in sin's web of deception and destruction. Listen to the writer of the book of Hebrews: