Experiential Rather than Deductive: Science, Awe, and Reverence 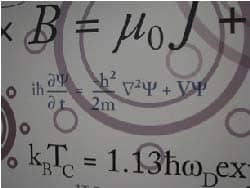 My maternal grandfather, a cowboy and farmer, was (along with the rest of my grandparents) a convert to Mormonism. After strictly opposing my grandmother's growing involvement in the church, he eventually warmed up to Mormonism once he learned that early in the Book of Mormon one of the heroes, Nephi, "slays" a man to protect his family.  In common with the rest of my rural western grandparents, he felt like the Mormon Church was a practical church, and for that and other reasons, embraced it.

As might be expected from my family culture, my upbringing emphasized values over theology. Hard work and loyalty to family and friends, along with caring for the poor, prevailed over theological discussion. Not that Mormon theology was absent; it quietly informed everything that we believed and were taught. Implicit in my family's commitment to hard work and education was the belief that they pay off forever through the distinctive Mormon doctrine of eternal progress. Implicit in our commitment to family was the core Mormon belief that families are eternal. We cared for the poor because they were God's children too and they needed help. Prayers were given because God is there, personal, and wants to interact with us.

I also grew up with a microscope on my table, boxes of electrical components in various stages of construction in my room, and countless hours with encyclopedia entries on things like how airplanes generate lift. But it wasn't until first semester physics in college that I knew where I was headed. Within a few weeks I was hooked. By the end of the semester, I knew I was going to become a physicist. All of my studies and work since then have been dominated by a passion for theoretical physics, and for science in all of its guises.

In my adult life these aspects of my life have changed little. While I have a nominal interest in theological issues, I continue to believe that the specifics of religious doctrine are insignificant in comparison to the broad sweep of practical Mormon teaching about the value and infinite potential of God's children, about Christ's place in our lives, and our place in each other's lives. My love for science has turned into a professional life centered on fundamental scientific research. While there is no conflict between these two aspects of my life, my faith and my work as a scientist mingle in ways that deserve sharing.

Most of my scientific work involves untangling the seeming magic of emergence: understanding how many parts of a system, without direction or often even long range communication somehow interact to produce unexpected and beautiful patterns over length and time scales that require the collective behavior (or cooperation) of enormous numbers of simple parts. Depending on the point of view adopted, these patterns are both simpler and more complex than the parts of which they are made.

One example that is both familiar and dramatic is water. Enormous numbers of water molecules, each a trivial Mickey Mouse shape, will conspire under the right circumstances and without any instructions form fantastically complicated and beautiful structures like snowflakes or ocean waves with no apparent connection to slightly sticky Mickey Mouse shaped molecules. Examples from my own work range from the self organization and evolution of the genetic code to recent work applying mathematical tools borrowed from quantum physics to understand how the brain generates the patterns that correspond to geometric visual hallucinations during the consumption of hallucinogenic drugs, like the peyote used in many Native American religious ceremonies.

Perhaps the most beautiful and unexpected part of these projects is that not only do many systems self-generate unpredictably elaborate and beautiful patterns, but that the laws governing these patterns and their emergence turn out to be deeply connected. In some fundamental sense that respects enormous differences in detail, the scientific answer to Rudyard Kipling's question, "How did the leopard get its spots?" has an answer that is almost identical to the answer to the question "Why do shamans all over the world see some very similar visions?" The statistics of earthquakes are another example as they follow the same laws that govern certain esoteric phenomena in magnetic materials. The transition between liquid and gas and the transition between magnetic and nonmagnetic states are also described by the same laws. There exists a remarkable idea in theoretical physics, the renormalization group, which is the beginning of an explanation of why such commonalities should exist.