I Was Not Born Gay 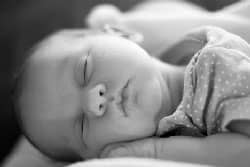 I do not think I was born gay. I do not believe that anyone is. I was born with a clean slate. I grew up in a household where three women dominated the domestic scene, while my father was loving but always busy performing surgeries. My first and primary playmate was my sister, and later another girl, so when I arrived in elementary school I suppose, by mere imitation, that I had acquired some effeminate mannerisms. The children in my school never let me forget it.

Throughout my school years, I felt different from the other boys. I had very little interest in any kind of sport, and I loved to read. Yet for some reason I was very thirsty for the attention of others. So I often behaved outlandishly to attract attention. Boys teased me in elementary, junior, and high school. I had few male friends, and no group of boys to which I belonged. By the time I reached puberty, boys were profoundly mysterious to me -- and gradually that curiosity, I think, was sexualized. I was never abused by anyone (unless I've buried the memory), but as time went on I realized that these feelings were not going away, and they were feelings I ought not to have developed.

There was no counseling available in my little town for people with my problem. I began to seek counseling fifteen years ago, when I moved to the big city (I am now 53). Most of it was useless, because the counselors merely sat and listened and never offered practical advice.

I think, therefore, I have a pretty good idea of why I developed same-sex attractions, but knowing how you got there is one thing, and knowing how to undo the damage is another. I have not succeeded yet in ridding myself of my same-sex attractions or drastically reducing them, despite my age. I have gradually acquired the ability to turn on, or refuse to turn on, the video camera inside my head that projects sexual images. I have, by the grace of God alone, never had sex with or kissed another man, except in countries where it is the custom to kiss in greeting.

I have done a great deal of reading about my problem, since it concerned me so directly. I have come to the conclusion that the Bible nowhere endorses same-sex intercourse, although it does not condemn people who, through no choice of their own, have developed same-sex attractions. I have taken the trouble to study the biblical languages and read good scholarship. I have also read and considered the scientific evidence for both positions taken on this subject, and I find no convincing proof that sexual orientation is determined at birth.

Jesus welcomed sinners, and I am eternally grateful that He welcomed me. To the adulterous woman, he said on the one hand, "Neither do I condemn you" and on the other, "Go and do not sin again." Jesus did not reject people, but once he had accepted them, he did expect them to let him change them.

We live in a fallen world, and my same-sex attractions are among the consequences. I still hope to be healed, and, at the very least, to feel content to be a man (in many ways I already am). Eventually I would like to marry, although, at the age of 53, I question the fairness of having children whom I would not be able to shepherd for long. However, until those changes happen, I believe that I should remain celibate. This is not easy, but it is easier now that I am older because very few young men (and I only find young men handsome) are attracted to an older guy like me.

I feel great empathy for those who have chosen a different route, because I have been through much of what they have been through. I have not lived a sinless life, either. I have indulged in pornography and gone, out of curiosity, to gay bars and come very close to sleeping with someone. I have learned that it is very hard to forget new sins that one has witnessed either through pornography or films or whatever, yet what one does not know (in the way of kinds of sin) one cannot commit. Therefore my wish now is to keep my mind as pure as I can in a culture saturated with sin, especially in my city, which, in Canada, is considered the gay capital of the East.

Even though I may never, in this life at least, enjoy a physical, sexual relationship, God is no man's debtor. He has given me very much to be thankful for, not least of which are a loving family and good friends, and, most of all, Himself.

My Lord Jesus lived his life without sex, and no life was more fulfilled than His. May God keep me faithful to Him and not let me twist His word to suit my propensity to sin.

David teaches at a university in Canada. He is nearly finished (ABD) with his PhD from Harvard University.