This article appears as a part of the Consultation on Re-envisioning the Relationship between Evangelicals and Gays. The Consultation invites a broad variety of perspectives on what that relationship ought to be, and how it can be made so. It also includes stories that illustrate the potential tensions between faith and sexuality.

The below is offered in the belief that even stories of the loss of faith are important for Christians to hear and seek to understand, and in the hope of informing and sustaining our conversation on how we, as evangelicals, should respond to those who are attracted to people of the same sex. 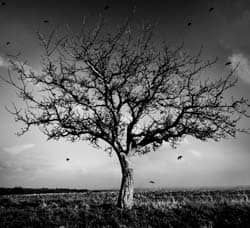 There. I've said it. Although contemplating God and the countless questions a person must sort through to speak intelligently about God has become so stressful for me that I no longer engage in the process, I nevertheless miss God. I miss the sense of connection with other human beings. I miss the notion that we are all caught up in a divine drama that ultimately has a happy ending. I miss feeling as though existence is more than merely competition, a scramble to the top of the pile where I clutch my gun and prevent anyone else from knocking me off.

I studied religion at Harvard. I worked as a ministerial assistant to Peter Gomes. I wrote my senior thesis under the guidance of one of the world's leading theologians, Sarah Coakley. I shipped off to Germany to enroll in the final course taught by Jurgen Moltmann at Tübingen. I studied Protestant theology with Bruce McCormack at Princeton Seminary. But all of this reflection on God ultimately led me further from my goal. In hindsight, maybe I should have listened to the ministers back home in Montgomery, Alabama, who warned me that leaving my Holiness Nazarene background to go to godless Massachusetts would destroy my faith. Apparently they were right.

The problem for me has come in the questions that seem necessary to ask, but which lead to undesirable conclusions. For an evangelical, two truths are foundational. The Christian God exists, and He makes himself known through the Bible.

The second claim was the first to unravel for me. My senior year in Religion 42: The Christian Bible, I wrote a term paper on Oswald Chambers and his famous devotional, My Utmost for His Highest. I noted that Chambers had such a high view of scripture that he believed the simple act of reading it constituted a sacrament that provided the faithful with sufficient grace to combat sin. But in truth I found this assertion troublesome. In my own life I had been instructed that "Quiet Times" alone with the Bible and prayer would transmit this grace to me. But why did life never seem easier? Why did grace never seem given? To suffer through life with the assurance that aid comes to assist the pilgrim is one thing; to feel the tangible absence of that assistance is another.

Furthermore, I could not understand why, if God was speaking through this book, we cannot agree on what it means. So many fundamental terms and ideas are thoroughly contested, sometimes with violence. I never saw God sending texts to people. I saw people pulling texts to themselves and claiming God had sent them. As I furthered my study and watched my friends and my church -- I became an Episcopalian in college -- be positively torn apart by scriptural interpretation, with one group favoring one verse and another group favoring another, I gradually lost all hope that anyone, least of all the most powerful voice in the universe, could be speaking so chaotically.

Not insignificant to this loss of hope was the process of confronting my own sexuality. That topic is made frustratingly simplistic in present debate, but the general realization that everything a person says about himself is somehow more argument than discovery was extremely depressing for me. Was I really born gay? How do I know this? Was there a tag on my toe at birth? And how do we describe this attraction? As a natural predisposition toward a certain gender? Or as a moral struggle against a sinful nature? Decisions, decisions.

The decisions made clear the meta-decisions that were most troublesome. If you decide to view the world from an evangelical Christian vantage point, then you accept several smaller narratives that your own struggles are automatically described by. Or if you decide to become a liberal Protestant, your new meta-narrative has its own accompanying neuroses and support groups. But then you see interviews with elderly Muslims in Afghanistan who talk about their God just the way your grandmother talked about hers and you can't ignore the similarity. So, which religion do you choose? If you attempt to use "reason" to select between the competing meta-narratives, you arrive invariably at the scientific conclusion that only what can be quantified can be spoken about rationally.