According to evolutionary theory, all life descends from common ancestry and continues to unfold in rich variation. Over billions of years, life evolves through random mutation, genetic recombination, and natural selection. As organisms change, the genetic changes that allow those organisms to survive in their environments are preserved and passed to subsequent generations in greater proportions.

Since its inception with Charles Darwin's On the Origin of the Species in 1859, evolutionary theory has developed as scientists test, disprove, and rearticulate aspects of the theory. As scientists observe the evolution of bacterial resistance to antibiotics, for instance, they have arrived at new understandings of how genetic material can be transmitted across a population of the same generation.

In an August 2005 "On Language" column in the New York Times, William Safire traced the origins of the term "intelligent design" to an 1847 Scientific American journal article and a 1903 book by Ferdinand Canning Scott Schiller, in which he wrote, ''It will not be possible to rule out the supposition that the process of evolution may be guided by an intelligent design.'' Ignored for nearly a century, the term resurfaced in the late 1980s as the catch phrase for an emerging movement to demonstrate divine involvement in human evolution.

Today the intelligent design movement is funded and promoted by the Center for Science and Culture (founded 1996) of a Seattle-based think tank called The Discovery Institute. The institute seeks to shift U.S. public culture away from what it calls the "scientific materialism" of evolutionary theory and toward a theistic understanding of existence by funding scientists who look for evidence of design in nature, assisting in the publication of books, textbooks, and articles that advance the idea, and urging public schools to "teach the controversy" over evolution in biology classrooms.

Although allied with more traditional creationists in their concern that evolutionary theory challenges narratives of divine involvement in human existence, the intelligent design movement does not contest common ancestry of living organisms or the age of the universe; it takes issue with the mechanism of evolution.

Promoters of intelligent design argue that random mutation and natural selection cannot account for the full diversity of life as we see it today. They seek to demonstrate instead that scientific evidence about the complexity of life points to the intervention of an intentional designer rather than to an undirected process.

While the movement purports to be religiously neutral, one of its most vocal proponents, William Dembski, has written, "Not only does intelligent design rid us of [scientific materialism], which suffocates the human spirit, but, in my personal experience, I've found that it opens the path for people to come to Christ." The New York Times reported that most Discovery Institute fellows are conservative Christians.

But there are also Jewish voices in the intelligent design camp. David Klinghoffer, a Discovery Institute fellow, is an ardent advocate of intelligent design. In an article in The Forward (August 12, 2005), he claimed that Jewish thinkers have largely ignored intelligent design and contended that Jews, along with Christians, should adopt the theory because beliefs in God and in natural selection are fundamentally opposed.

Klinghoffer sees attempts to reconcile Jewish belief with evolutionary science as apologetics, arguing that any such reconciliation must inevitably "insist that whatever role God played in life's development, it is undetectable, thus unfalsifiable." In a column in the Jerusalem Post (November 8, 2006), he argued that proponents of the intelligent design movement make a more courageous claim, as "their arguments for a designer may be shot down by scientific counterevidence." Intelligent design movement advocates claim that a designer's work is detectable in particular cellular processes, but if such processes were proven to evolve without intervention, this would be clear evidence that a designer was not involved. 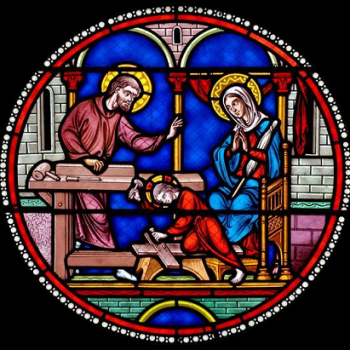 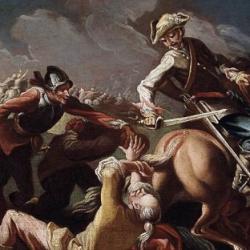 How Calvinists Created the SBC's Fixation on Inerrancy
Cassidy McGillicuddy
3 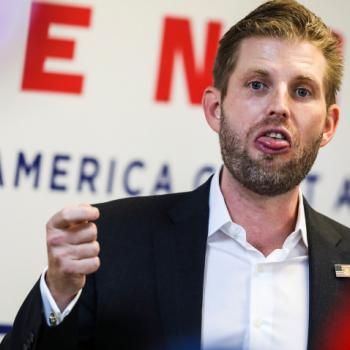 Equality is a Fiction, but Useful, Yet a Fiction.
John Mark N. Reynolds
Get Patheos Newsletters
Get the latest from Patheos by signing up for our newsletters. Try our 3 most popular, or select from our huge collection of unique and thought-provoking newsletters.
From time to time you will also receive Special Offers from our partners that help us make this content free for you. You can opt out of these offers at any time.
see our full list of newsletters
Editor's picks See all columnists