A New Paradigm of Science and Sorcery

A New Paradigm of Science and Sorcery:
Physics and the Magician, Part Two 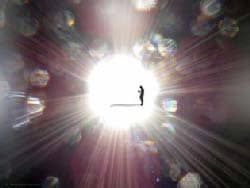 General Metadynamics attempts to provide a paradigm of Science and Sorcery. To do this it shows how the three-dimensional transactional time in the HD8 interpretation of quantum and particle physics could allow divination and enchantment to occur.

Metaphysics concerns itself with our ideas about the ultimate nature and reality of phenomena. Any serious enquiry into such matters should, in principle, begin with an examination of underlying metaphysical assumptions and end with their reconsideration. Few people actually bother with this exercise because metaphysics embodies a fatal flaw derived from the structure of language that has a tendency to render the exercise pointless.

No phenomena actually exhibit being. You can never catch anything in a state of just ‘being.' Everything has internal movement, at least on the atomic scale, and everything exchanges energy with its environment to maintain its existence.

Thus Ontology or Metastatics remains an illusory and pointless exercise except where it generates useful similes that we can use as a sort of shorthand for descriptive purposes. When we ask what something ‘is' we really want to know what it does, or what properties it has, or what history it has.

Metadynamics, the study of our fundamental ideas about what phenomena actually do, has become perhaps humanity's most powerful and least recognized tool for understanding the universe. The great concepts of causality, chance, probability, symmetry, and the conservation laws all fall within the remit of what I would call Metadynamics, and they all dominate the way we perceive the world and act in it to such an extent that we rarely stop to question these concepts.

Religious belief systems usually disguise their inconsistencies with metastatic concepts. Gods and dead people can apparently get away with just ‘being' instead of doing. Occultists usually fall into a similar mire and fill up their paradigms with all sorts of planes of being and disembodied forces and energies that conveniently explain everything and nothing, depending on what actually happens.

Can we develop a General Metadynamic that reconciles what we know about the fundamental activities of the phenomena of the universe from our knowledge of both science and magic? We need not include most of the phenomena of religion within such a metadynamic because mere psychology explains them. Only ‘miracles' offer any justification for the inclusion of religious data, and magic offers a better explanation for miracles than does religion. We do not need to erect a false metastatic/ontological distinction between mind and matter either. We know enough about the behavior of the brain to understand that it acts as an information processing machine, albeit a very complicated one, and that it creates the necessary subjective illusions of self and consciousness for perfectly good evolutionary reasons.

Do we have enough data for such a General Metadynamic?

Science may have come close to describing the behavior of matter at its apparently most fundamental quantum level, however the ideas we get from the description can lead to a variety of interpretations, few of which make much sense. The HD8 interpretation does make a kind of sense, although at the price of adding extra degrees of temporal freedom with three dimensions of transactional time.

I find some justification for what I have attempted in HD8 in a quote from Professor Sir Roger Penrose, and they don't come much more brilliant and illustrious than he: "It is my opinion that our present picture of physical reality, particularly in relation to the nature of time, is due for a shake up -- even greater, perhaps, than that which has already been provided by present day relativity and quantum mechanics."