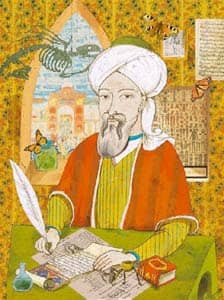 In the Name of God Most Merciful and Compassionate

The Principles of Islam

The history of science is often regarded today as the progressive accumulation of techniques and the refinement of quantitative methods in the study of Nature. Such a point of view considers the present conception of science to be the only valid one; it therefore judges the sciences of other civilizations in the light of modern science and evaluates them primarily with respect to their "development" with the passage of time. Our aim in this work, however, is not to examine the Islamic sciences from the point of view of modern science and of this "evolutionistic" conception of history; it is, on the contrary, to present certain aspects of the Islamic sciences as seen from the Islamic point of view.

To the Muslim, history is a series of accidents that in no way affect the nontemporal principles of Islam. He is more interested in knowing and "realizing" these principles than in cultivating originality and change as intrinsic virtues. The symbol of Islamic civilization is not a flowing river, but the cube of the Kaaba, the stability of which symbolizes the permanent and immutable character of Islam.

Once the spirit of the Islamic revelation had brought into being, out of the heritage of previous civilizations and through its own genius, the civilization whose manifestations may be called distinctly Islamic, the main interest turned away from change and "adaptation." The arts and sciences came to possess instead a stability and a "crystallization" based on the immutability of the principles from which they had issued forth; it is this stability that is too often mistaken in the West today for stagnation and sterility.

The arts and sciences in Islam are based on the idea of unity, which is the heart of the Muslim revelation. Just as all genuine Islamic art, whether it be the Alhambra or the Paris Mosque, provides the plastic forms through which one can contemplate the Divine Unity manifesting itself in multiplicity, so do all the sciences that can properly be called Islamic reveal the unity of Nature. One might say that the aim of all the Islamic sciences and, more generally speaking, of all the medieval and ancient cosmological sciences is to show the unity and interrelatedness of all that exists, so that, in contemplating the unity of the cosmos, man may be led to the unity of the Divine Principle, of which the unity of Nature is the image.

To understand the Islamic sciences in their essence, therefore, requires an understanding of some of the principles of Islam itself, even though these ideas may be difficult to express in modern terms and strange to readers accustomed to another way of thinking. Yet a statement of these principles is necessary here, insofar as they form the matrix within which the Islamic sciences have meaning, and outside of which any study of them would remain superficial and incomplete.

Islamic civilization as a whole is, like other traditional civilizations, based upon a point of view: the revelation brought by the Prophet Muhammad is the "pure" and simple religion of Adam and Abraham, the restoration of a primordial and fundamental unity. The very word islam means both "submission" and "peace" or "being at one with the Divine Will."

The creed of Islam "there is no divinity other than God and Muhammad is his prophet" summarizes in its simplicity the basic attitude and spirit of Islam. To grasp the essence of Islam, it is enough to recognize that God is one, and that the Prophet, who is the vehicle of revelation and the symbol of all creation, was sent by him. This simplicity of the Islamic revelation further implies a type of religious structure different in many ways from that of Christianity. There is no priesthood as such in Islam. Each Muslim being a "priest" is himself capable of fulfilling all the religious functions of his family and, if necessary, of his community; and the role of the imam, as understood in either Sunni or Shia Islam, does not in any way diminish the sacerdotal function of each believer. The orthodoxy based on this creed is intangible, and therefore not so closely bound to specific formulations of dogmatic theology as in Christianity. There have been, to be sure, sectional fanaticism and even persecution, carried on either by rulers or by exoteric theologians, against such figures as al-Hallaj and Suhrawardi. Yet the larger orthodoxy, based on the essential doctrine of unity, has always prevailed and has been able to absorb within the structure of Islam all that is not contradictory to the Muslim creed.

In its universal sense, Islam may be said to have three levels of meaning. All beings in the universe, to begin with, are Muslim, i.e., "surrendered to the Divine Will." (A flower cannot help being a flower; a diamond cannot do other than sparkle. God has made them so; it is theirs to obey.) Secondly, all men who accept with their will the sacred law of the revelation are Muslim in that they surrender their will to that law. When 'Uqbah, the Muslim conqueror of North Africa, took leave of his family and mounted his horse for the great adventure which was to lead him through two thousand miles of conquest to the Moroccan shores of the Atlantic, he cried out: "And now, God, take my soul." We can hardly imagine Alexander the Great having such thoughts as he set out eastward to Persia. Yet, as conquerors, the two men were to achieve comparable feats; the "passivity" of 'Uqbah with respect to the Divine Will was to be transmuted into irresistible action in this world.