The World Will Be Different

An Interview with Michael McConnell
By Timothy Dalrymple

Constitutional provisions separating church and state were intended by the Founding Fathers not merely to prevent the establishment of a state church but also (and especially) to protect the churches from government interference. Those longstanding protections hang in the balance as the Supreme Court prepares its decision on Christian Legal Society v. Martinez, according to Michael McConnell. Oral arguments were presented on April 19, 2010, and a decision is expected in June.

The case began roughly six years ago, when the Hastings School of Law, which belongs to the public University of California system, denied official status to a Christian student group because it required its members to affirm a statement of faith and conduct. The Christian Legal Society (CLS), a nationwide ministry to students and practitioners of the law, professes the traditional Christian teaching that sex is reserved for marriage between a man and a woman. This, determined the law school and its dean, Leo Martinez, constitutes discrimination on the basis of religion and sexual orientation.

McConnell argued the case before the Supreme Court on behalf of CLS. A federal judge on the Tenth Circuit Court of Appeals from 2002 to 2009, he is one of the nation's preeminent authorities on the framework of church and state. McConnell now directs the Stanford Constitutional Law Center at Stanford University.

He spoke by telephone with Timothy Dalrymple.

Before we come to the details of CLS v. Martinez, I want to ask: Where do you see the emerging battlefronts right now on matters of religious liberty?

It depends in part on how CLS v. Martinez is decided. If it is decided in favor of Hastings, it will open up any number of battlefronts where political majorities that dislike one or another aspect of religious practice will employ all of the carrots and sticks at the government's disposal to attack what they do not like.

The essential theory underlying Hastings' position is that allowing a group to meet on campus amounts to a benefit or a subsidy that the university is entitled to grant or withhold on the basis of its own approval or disapproval of the group's practices. If that is so, if being able to participate on an equal basis with other groups in the common resources of civil life is a benefit or subsidy that the government controls in this way, then there is essentially no more separation between church and state. The government will be able to exercise a kind of power over religious organizations that it has never before exercised in America.

The opposition might say that they are protecting the separation of church and state by keeping the state from subsidizing a religious group. Yet you insist that it is you who are on the side of the separation of church and state, because you are rejecting the notion that the state can encourage some religious groups and inhibit others by granting common resources to those it favors and withholding those resources from those it does not favor. Is that right?

That's exactly right. One of the critical questions here is what we consider a "benefit" or a "subsidy." The right to speak on an equal basis on public property has never been understood to be a benefit or subsidy.

Could Hastings' line of argument eventually lead, for instance, to some churches being denied the tax-exempt status other churches receive if they are unwilling to ordain female or homosexual pastors? If the state could give advantages to the religious groups it favors, and therefore social-engineer the churches, where would this line of argument stop?

I think that is clearly what their argument is. Hastings itself explicitly cites tax-exempt status as a benefit to which the state can attach conditions. And for the past twenty years, feminist law professors have argued that tax-exempt status should be denied churches that discriminate on the basis of sex in the selection of clergy.

If the state can withdraw tax-exempt status because it does not approve of the way in which a church conducts its business, I have no idea where it will stop. Can the state withhold the ability to operate on government property? How about the use of the airwaves? The use of the postal service? Having your denomination represented in the chaplaincy corps? How about attaching conditions on individuals who use government benefits to obtain government-subsidized services such as voucher programs, hospitals, Medicare and Medicaid? All of those things are generally available to everyone, and we do not think of them as being occasions for the government to manipulate religious groups or individuals. 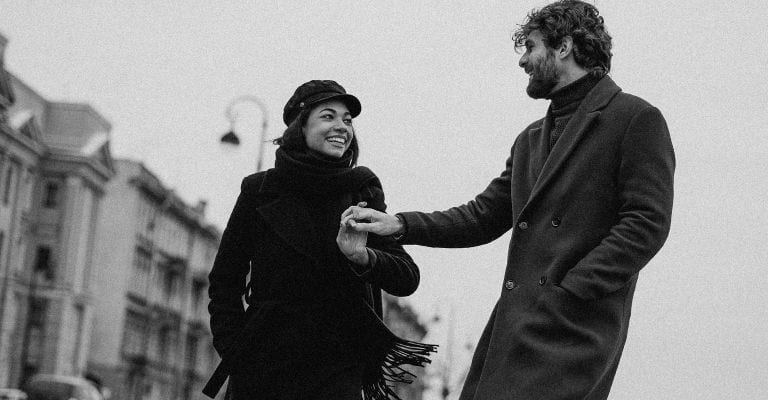 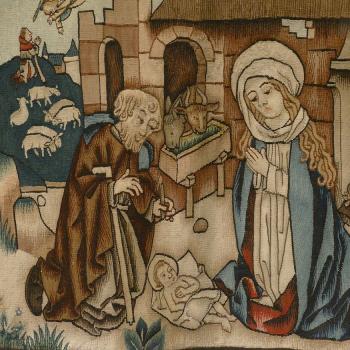 Christ was Born with Honor through Shame
Jackson Wu
4 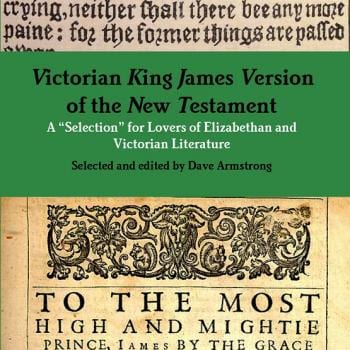 An Introduction to Bible Interpretation
Dave Armstrong
Get Patheos Newsletters
Get the latest from Patheos by signing up for our newsletters. Try our 3 most popular, or select from our huge collection of unique and thought-provoking newsletters.
From time to time you will also receive Special Offers from our partners that help us make this content free for you. You can opt out of these offers at any time.
see our full list of newsletters
Editor's picks See all columnists